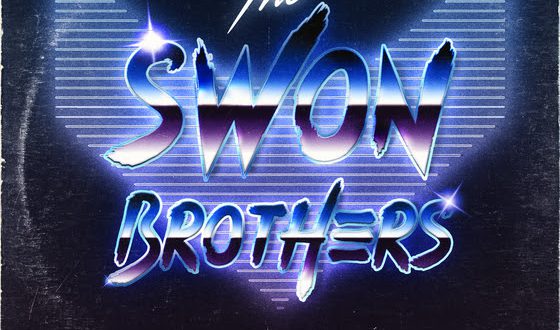 The Swon Brothers Release New Music Today – What Ever Happened

When Zach and Colton, The Swon Brothers, sat down one night in their home studio last fall, they never planned to write a song.  They were just having a conversation but what happened became much more.  The brothers wrote  their new single, “What Ever Happened,” in about an hour.  It was a culmination of their discussion about the world and how much things have changed since they were kids.  Longing for a simpler time, they thought others might feel the same and outpoured the lyrics and the melody in a song that defines the times we are living in.  Although the message is serious, the feel is upbeat, nostalgic and hopeful. The Swon Brothers co-produced the new single with Brad Hill (Maren Morris, Brothers Osborne).  Download and stream the new song HERE.

ABOUT THE SWON BROTHERS
The Swon Brothers gained notoriety as finalists on NBC’s “The Voice,” in 2013 and released their major-label debut, THE SWON BROTHERS, on October 14, 2014, putting their stamp on the 11-song collection by co-producing with award-winning producer Mark Bright.  The album’s first single “Later On” was the duo’s first Top 15 HIT.

In 2014 Zach and Colton received a CMA Award nomination for “Vocal Duo of the Year.”  They received an ACM Award nomination for “Vocal Duo of the Year” followed by a CMT Music Award nomination for “Duo Video of the Year” in 2015 and also opened for Brad Paisley on his Country Nation World Tour earlier that year.  In January of 2016 the brothers surprised their fans with a brand new EP called TIMELESS, which hit the #2 spot on the Country iTunes chart just hours after its release, and debuted at #19 on Billboard’s Top Country Albums Chart.  On January 30, 2016 they kicked off their first show in Jacksonville, Florida on Carrie Underwood’s “Storyteller Tour,” which toured arenas across the U.S. and Canada and wrapped on November 28, 2016.  That summer the brothers played a slate of their own “Swoncerts” nationwide.  The debut single “Don’t Call Me” was released on Feb. 24, 2017. On March 17, 2017, Zach and Colton released their EP, PRETTY COOL SCARS, which was produced by Brad Hill (Maren Morris, Brothers Osborne).

Honored with the Rising Star award by the Oklahoma Music Hall of Fame in 2013 and just recently inducted into the Rhythm and Routes Oklahoma Music Trail in July of 2017, the Muskogee, OK natives have been charming fans with their incredible sibling harmonies and fun-loving personalities since childhood.

Previous Kaylee Rutland Pens New Single, “Do You,” to Inspire Young Women to be Themselves
Next Scotty McCreery Scores First Number One