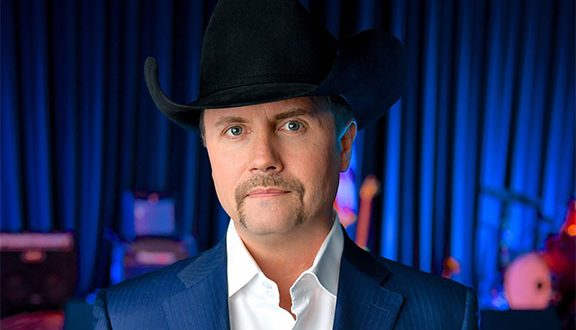 John Rich Gets A Hat-Trick

It’s a three-peat performance for Rich Records, as John Rich’s label has scored the #1 spot on the all-genre-singles sales charts at iTunes and Billboard in 2020 and 2021 with all releases. “Shut Up About Politics,” “Earth To God,” and “Santa’s Gotta Dirty Job,” have all connected with the listeners. Additionally, net proceeds from the tracks benefit Folds of Honor.

There is always a story behind the song and with John Rich’s award-winning pen, he is keen on addressing a topic, whether it is a tongue in cheek approach or a simple and poignant prayer, he seems to always hit the mark and generate interest in his words.

When John was joined by the top-rated “The Five” ensemble during a Nashville visit, Greg Gutfeld wanted to write a song with John about ‘being over the political landscape.” In pure Rich fashion, he crafted a tune within a day with the input from Gutfeld, recorded the song with the crew and within a week it was released, went straight to #1 and stayed there for some time.

Fast forward to later in 2020, Rich was awakened by a dream where he heard an “SOS” type ringing in his head. Unable to go back to sleep, he grabbed a pen and guitar and wrote the simple and expressive prayer “Earth To God.” It quickly climbed the single sales chart to #1 upon release.

Yes, the pattern continues with “Santa’s Gotta Dirty Job,” with “Dirty Jobs’” Mike Rowe. Rowe joined Rich as a guest on his popular Fox Business series “The Pursuit with John Rich” this fall and they began talking about Christmas. Of course, the subject turned to what a dirty job Santa has and an obvious play on Rowe’s popular show. Fast forward 30 minutes and Rich pretty much had the song written. Add another week to the mix and you have Mike Rowe in Nashville singing lead on the song that also features the legendary Oak Ridge Boys. Another #1, knocking out some of today’s music world’s most successful and popular acts out of the #1 spot on the charts.

“It always begins with the idea, wherever it may come from,” says John Rich. “When these ideas become reality, whether a tongue and cheek lyric, a prayer of hope or just a fun play on words, if it connects, it is a winner. Fortunately, all three of these connected in unique ways to the listener and for that, I am thankful and proud. But honestly, being able to have friends like Greg and Mike totally in on it is such a win. Thanks to everyone involved, including my great friends and partners at Fox who have really engaged and helped promote all of these songs. And for all the net sales providing funds to my charity of choice Folds of Honor is icing on the cake.”

Music editor for Nashville.com. Jerry Holthouse is a content writer, songwriter and a graphic designer. He owns and runs Holthouse Creative, a full service creative agency. He is an avid outdoorsman and a lover of everything music. You can contact him at JerryHolthouse@Nashville.com
Previous Craig Campbell Duets With TikTok Phenom Warren Zeiders
Next Lily Rose Celebrates Her First RIAA Gold Certification