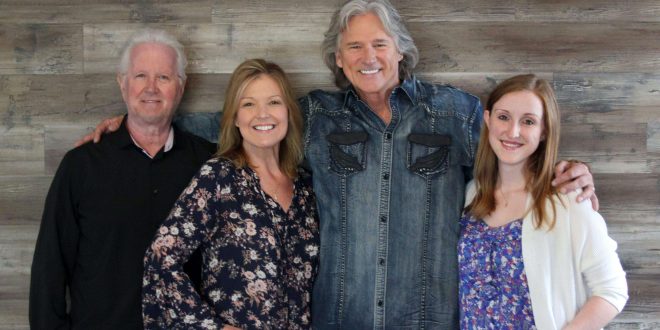 Billy Dean Signs With Given Entertainment

Billy Dean has signed a publishing deal with Given Entertainment, according to an announcement made today by Given founding partner Cindy Owen.

Since his launch in the early 90’s, Dean has sold millions of records, won numerous top-tier music industry honors and amassed a loyal following with his brand of pop-folk-influenced country music. Billboard Country Update’s Tom Roland recently singled him out as a member of the class of 1991artists who are influencing today’s country hitmakers.

With this signing, Owen and Dean are reunited from their days at Starstruck Entertainment, when Owen brought the artist to Narvel Blackstock for management.  At the time, she served as the company’s Creative Director

“Signing Billy is a no-brainer. His passion for music is as strong as it ever was and he is writing and singing better than ever,” Owen said. “We are proud to give him a platform to continue to build on the Billy Dean legacy that had so many of us hooked.”

“When Cindy listened to my new music, she said, ‘Billy, your best years of writing are ahead of you.’  That’s the kind of encouragement and support I look for in a publisher,” Dean said. “Given is giving me the freedom to dig deep to craft songs for this generation of incredibly gifted country music artists.”

He won his first of several major country music awards in 1992 when the Academy of Country Music (ACM) named him the Top New Male Vocalist of the Year, and also presented him with the Song of the Year honor for “Somewhere In My Broken Heart.” The release of this song was a watershed moment for Dean’s career as it won Song of the Year from the Nashville Songwriters Association International (NSAI), as well as awards from BMI and a Grammy nomination.

He recorded a song included on the Grammy-award winning album Amazing Grace: A Country Salute To Gospel Vol 1. He was also recognized by the Country Music Association (CMA) for his contribution to Common Thread: The Songs of the Eagles (1994 CMA Album of the Year).  CMT presented him with its Rising Star Award and TNN gave him a Top Songwriter Award for his song “Billy the Kid.”

Music editor for Nashville.com. Jerry Holthouse is a content writer, songwriter and a graphic designer. He owns and runs Holthouse Creative, a full service creative agency. He is an avid outdoorsman and a lover of everything music. You can contact him at JerryHolthouse@Nashville.com
Previous Morgan Wallen Writes 4 Page Heart Felt Letter To His Fans
Next John Hiatt And Jerry Douglas Set To Release “Leftover Feelings”