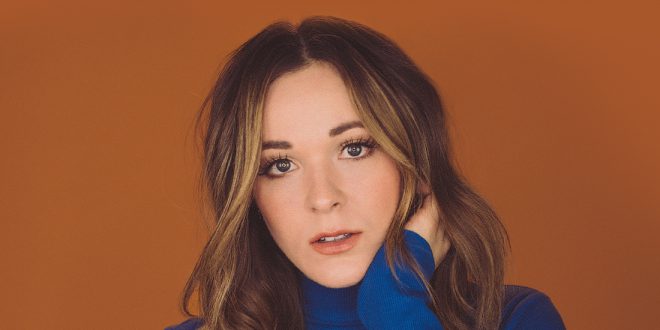 Big Loud Records rising Country songstress Jillian Jacqueline will make her Grand Ole Opry debut on Tuesday, February 13. This bucket-list moment comes on the heels of her Night with Seth Meyers television debut and intimate performance at the 2018 Sundance ASCAP Music Café as part of their CMA Songwriters Series.

Jacqueline will step into the famed circle to perform her debut single “Reasons,” joining the ranks of some of her musical influences including Patsy Cline, Trisha Yearwood and Lorrie Morgan – who is also featured on the evening’s lineup alongside Dustin Lynch, Trace Adkins, Wade Hayes, Del McCoury Band and Bill Anderson.

“This is one of those very special moments I’ve been looking forward to for a long time,” said Jacqueline. “To sing on the Opry stage is one of the biggest honors in country music. I couldn’t be more grateful or excited to make my debut.”

After racking up more than 30 million plus streams on Spotify alone, Jacqueline is taking Country radio by storm with the razor-sharp tell-all “Reasons.” Written by Jacqueline, Tofer Brown and Sarah Buxton, the track is featured on her acclaimed EP, SIDE A, available now. The project has skyrocketed the newcomer to next-big-thing status, landing coveted spots on notable artist to watch lists including Vevo dscvr, CMT, Pandora, Amazon Music, Rolling Stone and more.

This weekend Jacqueline kicked off her opening slot on Jordan Davis’ WHITE WINE AND WHISKEY TOUR, warming up crowds in West Peoria, IL and Sioux City, IA with her cut-to-the-chase lyrics and vocal prowess. Taking it international, she returns to the U.K. in March to perform at the C2C Festival in London before embarking on additional dates with Davis. Later this spring, she will join both Thomas Rhett and Brett Eldredge as a special guest on their respective tours.