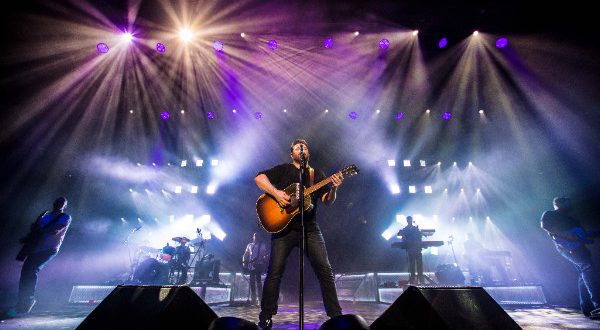 Platinum selling RCA Records artist Chris Young is waking up this morning celebrating his 10th chart-topping single as “Losing Sleep” takes the top spot on both the Billboard and Mediabase country radio charts this week. The song is Chris’ 10th No. 1 as an artist – his fourth consecutive single to peak at No.1 – and his eighth as a songwriter, including “Sober Saturday Night,” “Think Of You,” “I’m Comin’ Over,” “You,” “Tomorrow,” “Voices,” and “Gettin’ You Home.”
“I’m at a loss for words,” said Chris. “This last year has brought so many milestones and now to be celebrating my 10th #1 single at country radio is beyond amazing. Thank you to everyone who has spun and streamed ‘Losing Sleep’ and come out to see the tour and I can’t wait to see everyone on the road soon!”

“Losing Sleep,” the title track to his recently released seventh album, which opened at #1 on Billboard’s Top Country Albums Chart in November, is also the namesake for his sold-out arena headlining tour. For the third straight weekend in a row, Chris brought his “Losing Sleep 2018 World Tour” to capacity crowds in Boston, MA, Bangor, ME and Hartford, CT after playing sold-out shows in Chicago, Cincinnati, Grand Rapids, Indianapolis, Kansas City and St. Louis in January. The tour, including special guests Kane Brown and LANCO, resumes this weekend with stops in Pittsburgh, PA (2/8), Washington, D.C. (2/9) and Huntington, WV (2/10).

Tickets and VIP packages for the “Chris Young Losing Sleep 2018 World Tour,” promoted by AEG Presents and Concerts West, can be purchased at ChrisYoungCountry.com.