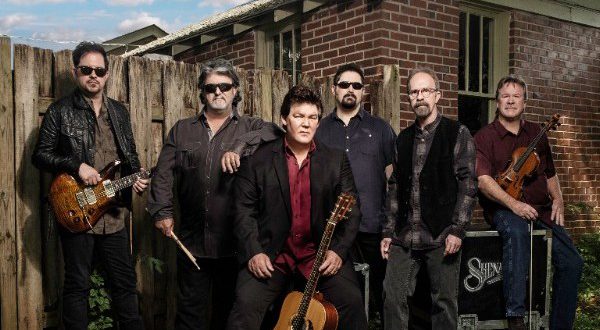 Their catalog of No. 1 hits and harmonies led by frontman Marty Raybon, and founding member Mike McGuire, solidified Shenandoah as a country music mainstay. And now, back together and on the road, they’re Reloaded with new music on a new album released by BMG packed with their iconic hits recorded LIVE last year on tour, along with 3 brand new songs produced by Jay DeMarcus. CLICK HERE to pre-order RELOADED (available everywhere March 16).

The country music trailblazers revealed the track listing and cover art for Reloaded. “We had always wanted to capture our show live,” Raybon told Billboard. “I think it’s a way of getting a little more of an insight into the artist, what they are all about, and what their show consists of. I think it’s a great way to advertise what you do so that people will come out to see you.”

Shenandoah will be seen all over Nashville this week promoting their new single and album during Country Radio Seminar, including a performance at the George Jones Museum for Country Rebel.

Shenandoah continues captivating audiences nationwide with their high-energy show and new single “Noise,” which is currently No. 33 in the nation on the Music Row Radio Chart. Over the last 30 years, the band has recorded 9 studio albums, 13 No. 1 records and charted 26 singles on the Billboard country charts. Their No. 1 hits include “Two Dozen Roses,” “Church on Cumberland Road,” “Next to You, Next to Me,” “I Want to be Loved Like That,” “Sunday In The South,” “Somewhere in the Vicinity of the Heart” and many more.