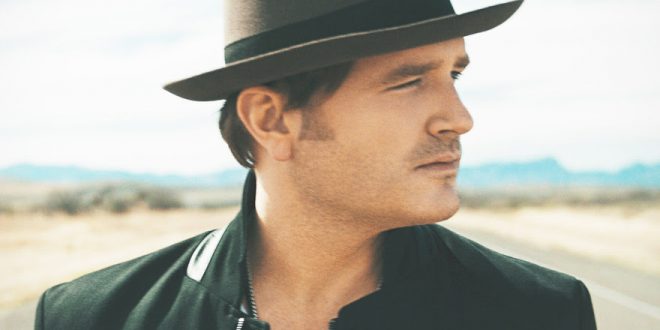 Hitmaking singer-songwriter JERROD NIEMANN returns with a daring set of free-thinking Country tunes this fall, as THIS RIDE hits the street October 6. Announced exclusively on Entertainment Tonight’s Certified Country today, THIS RIDE – his fourth major album and his first for Curb Records – marks the beginning of a new chapter for the PLATINUM-certified #1 singer (“Lover, Lover,” “Drink to That All Night”). Niemann, regarded as one of Country music’s most progressive artists, has nearly a decade of outside-the-box success as a songwriter, singer, and performer under his belt.

“My new record, THIS RIDE, represents a journey of life and music, and where it’s led me today as a man and an artist,” shared Niemann. “These songs either dig up some old yesterdays or make me look forward to tomorrow. That’s why I’ve never been more excited to share THIS RIDE.”

Co-produced by Niemann himself with studio ace Jimmie Lee Sloas – who also co-produced 2014’s HIGHNOON – THIS RIDE features 13 inspired songs that reveal where Country music is headed through the organic approach of its past, ranging in style from soulful anthem to red-hot party banger, and from lighthearted jam to deeply meaningful ballad.

Meanwhile, the same resonating vocals that made the sultry “What Do You Want” into a GOLD-certified Top 5 hit are back, and ‘90s country icons Diamond Rio guest in a harmonious standout.

Fans and critics alike have already praised THIS RIDE’s first two singles – the feel-good “A Little More Love” duet with longtime friend and labelmate Lee Brice, and the classy romance of “God Made A Woman” – with Rolling Stone Country gushing that the latter “seems to reflect an evolution for both the country singer and the genre itself.”

Here’s a complete track listing for Jerrod Niemann’s THIS RIDE:

Niemann’s long string of success dates back to 2010 with the #1 debut of JUDGE JERROD & THE HUNG JURY – which The New York Times named one of the 10 best albums of the year. Each of his next two albums landed inside the Top 10 on Billboard’s Country Albums chart, but along with big wins as an artist, the Kansas native has also made his mark as a hit songwriter for others.

His celebrated catalog includes cuts by Blake Shelton, Lee Brice, John Anderson, Jamey Johnson, The Cadillac Three, and most notably Garth Brooks, who took the Niemann co-write “Good Ride Cowboy” to #1 in 2005 as a tribute to the great Chris LeDoux.

Niemann is also dedicated to giving back, founding the Free the Music USA charity to provide children in need with musical instruments and joining the 8th Annual ACM Lifting Lives® Music Camp in 2017.

A gifted and engaging entertainer, he has toured with superstars like Keith Urban, Dierks Bentley, and Brad Paisley throughout his career, and continues on the road this year with coast-to-coast dates scheduled from Florida to California through November.

ABOUT JERROD NIEMANN:
Fueled by a nearly decade-long career, prolific Nashville hitmaker Jerrod Niemann is digging deeper with his forthcoming Curb Records album with the uplifting duet “A Little More Love” (with Lee Brice) and his romantic followup single “God Made A Woman.” Known for clever wordplay and attention-grabbing lyrics, the highly engaging singer-songwriter last topped country charts with his PLATINUM-certified anthem “Drink to That All Night,” a multi-week #1 from the album HIGH NOON – on which he co-wrote eight of the 12 tracks. Niemann first burst onto the scene in 2010 with his critically-acclaimed major-label debut,JUDGE JERROD & THE HUNG JURY, which skyrocketed on the strength of his PLATINUM-certified #1 smash “Lover, Lover” and GOLD-certified Top 5 “What Do You Want.” His second release, FREE THE MUSIC, included Top 15 “Shinin’ On Me” and poignant ballad “Only God Could Love You More.” From Academy of Country Music, Country Music Association, and CMT Award nominations, to headlining and touring with some of country’s hottest acts – Dierks Bentley, Brad Paisley, and Keith Urban – Niemann continues to make his mark by creatively pushing boundaries all while offering a sincere nod to the legends before him.