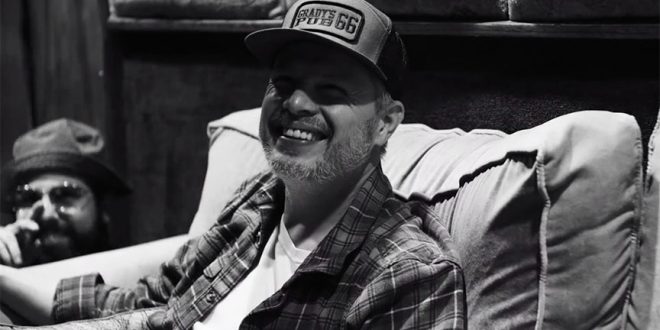 Jason Boland’s New Album Out Of This World

The Light Saw Me is Jason Boland’s eccentric new concept album, inspired by his belief in the possibility of alien life and apparent evidence of their contact with Earth.

Produced by GRAMMY award-winner, Shooter Jennings, it blends country influences from across the cosmos. Crunchy guitars, psychedelic pedal steel and roaring fiddles soundtrack his vivid sci-fi storytelling. Boland recounts the tale of a cowboy living in Texas in the late 1890s who is abducted by aliens and thrust into the future by a century, returning in the 1990s with no perception that any time has passed, searching for his wife who is no longer of this world. 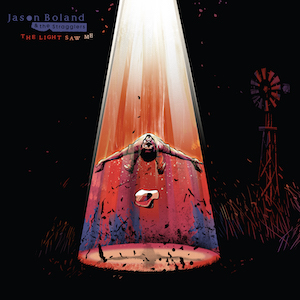 Drawing inspiration from podcasts including Desert Oracle Radio, the album attempts to simultaneously address existential questions, from the meaning of life to more personal reflections on love and loss.

“The inspiration is people’s transformative experiences with light. Lots of key moments throughout history, we’re told, have been accompanied by intense beams of light. The Light Saw Me is pretty much that narrative straight through” says Boland.

An acclaimed founder of the Red Dirt country movement with over 500,000 records sold independently, and 10 albums to his name, Boland has mostly been considered a DIY career musician with a loyal cult fanbase.

Music editor for Nashville.com. Jerry Holthouse is a content writer, songwriter and a graphic designer. He owns and runs Holthouse Creative, a full service creative agency. He is an avid outdoorsman and a lover of everything music. You can contact him at JerryHolthouse@Nashville.com
Previous LISTEN: Molly Tuttle’s “She’ll Change”
Next Chris Young To Headline First-Ever SEC Championship Concert