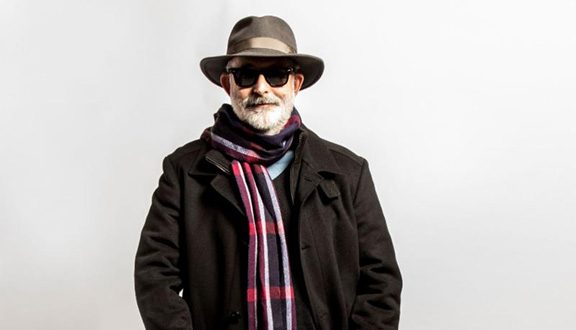 Hot off the heels of his June 13th induction into the Songwriters Hall of Fame, legendary singer-songwriter Jack Tempchin has announced the release of his 12th solo album titled One More Time With Feeling, due out August 23rd on Jimmy Buffett’s label Mailboat Records. The album’s title track – an up-tempo country-rock tale of a couple’s third attempt at love – is a previously unreleased co-write with Eagles co-founder Glenn Frey, with whom Tempchin has co-written a dozen radio hits.
Featuring a handful of co-writes and a number of new and unheard Jack Tempchin originals, One More Time With Feeling includes an updated version of one of his best-known hits, “ Peaceful Easy Feeling”, which was first made famous by Glenn Frey’s newly formed band – the Eagles – in 1972.

As a tribute to Frey, Tempchin penned “Never Had the Chance to Say Goodbye,” a poignant and heartfelt farewell to his friend of over four decades. One More Time With Feeling also includes Tempchin’s rendition of “ True Love” – another Glenn Frey co-write – which originally appeared on Frey’s 1988 album Soul Searchin’, where it peaked at #13 on the Billboard Hot 100 chart.

Mailboat Records founder Jimmy Buffett, a songwriting legend in his own right, is thrilled to have Tempchin on the roster, stating, “Jack was a true inspiration back when I opened for the Eagles on the Hotel California tour, and it is an honor to have a class act like Jack on Mailboat.”

“I’m absolutely thrilled to make Mailboat Records my new home for music. I’m sure that my latest album One More Time With Feeling will be a really great fit for this cool label,” said Tempchin.

While reflecting on being inducted into the Songwriters Hall of Fame by Lukas Nelson , Tempchin – a Diamond status songwriter – stated: “When I was a small kid, I walked around the block in San Diego whistling every song I could think of. Years later I got a harmonica and walked the same block figuring out how to play every song I could think of. Instead of going out to play, I sat in a big armchair and read books for years. As I got older I became Midnight Jack, staying up until dawn hanging out with the night people and the music people looking for the next song. All the whistling, harmonica playing, reading, and crazy night life now seem OK. They appear to have been steps on the path to the Songwriters Hall of Fame, like I was headed there the whole time.”

One More Time With Feeling was recorded at Blackbird Studio in Nashville with 2x Grammy Award-winning producer Gary Nicholson (Robert Plant, Billy Joe Shaver, The Judds, Wynonna, Delbert McClinton), who also co-wrote “ Back To The Old Me”. Keith Harkin, best known for his work with Celtic Thunder, contributed “ One of the Good Old Days” with the remainder of the album being new and unheard Tempchin originals.

Music editor for Nashville.com. Jerry Holthouse is a content writer, songwriter and a graphic designer. He owns and runs Holthouse Creative, a full service creative agency. He is an avid outdoorsman and a lover of everything music. You can contact him at JerryHolthouse@Nashville.com
Previous Austin Jenckes Makes His Grand Ole Opry Debut
Next Alabama to Perform Their Final “50th Anniversary Tour” Show in Nashville