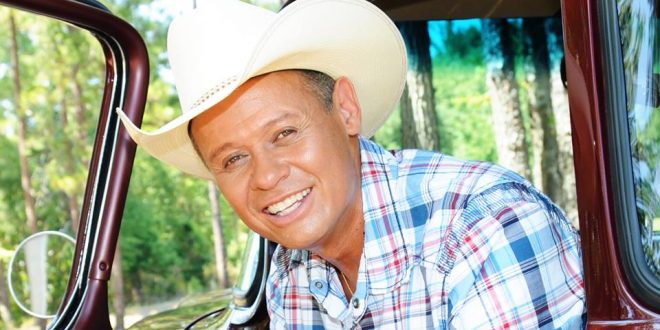 Tell us about your Neal Billy Wine! Where did the idea come from?

A while back a guy named Danny Sims from Texarkana sent an email to our office saying “Hey, I don’t know if Neal would be interested or if he drinks wine and wants to start his own line?” I reached back out to him via e-mail and said “Hey man, what do you have going on?” We get a lot of people who are always trying to talk to you about different things, but we just became fast friends through e-mail. He came down from Summerfield Winery of Corsicana and brought some wine for me to taste. I’m not a real big drinker at all, but I’ve got some professionals in my family! My daughter is 31 and she knows her stuff. So he brought some wine over and my daughter and wife had a bunch of their friends come over. We basically just started tasting and seeing what made sense for us.

How did you come up with the name, Neal Billy?
I had a big hit called “Billy’s Got His Beer Goggles On” and a while back somebody came up to me and said, “hey Neal Billy,” so I thought ‘I’m going to use that some day.’ So when we got to naming the wine I just thought I would name it Neal Billy wine.

Tell us about the red, white, and blue theme bottles?
So the fans and the winery wanted to know what kind of wine we prefer. For me, I am a sweet drinker. I would like to say that I am a wine connoisseur, but I’m not, I’m just a drinker. The initial red, white, and blues are all sweet but then we offer the four reds and four whites.

Wine and music is just as good of a pairing as wine and cheese! What music would you pair up with these wines?
It depends. With the name Neal Billy you can drink it up or you can drink it down. So you can go out on the back of a tailgate and drink it at a festival, or sit down on a nice date. You can pair it with dang near anything.

How did you choose the songs on your greatest hits album that released in March?
It was one of those deals where we put the biggest hits on there and then some from concerts that fans know and like that may not have been big hits, but they always express their opinion. We put a couple of new ones on there as well.

Tell us about the two never released tracks (“I Like It Loud” and “I Miss You Already”) why these songs? How was the selection process?
“I Miss You Already” is a song I found 16 years ago. When you’re looking for demos you just keep hanging on to songs that you love that just haven’t fit the right project and so I said “well, it’s my project now.” It’s about my daughter when she was about 15 or 16 and it talks about how you are missing someone already even when they’re not gone yet. I knew that in a couple of years she was going to be gone and that’s what this song is about. It’s very powerful.

What accomplishment would you say you most proud of?
You know, we’ve been fortunate. We won entertainer of the year a couple times and countless things, but I’m really proud of my family. I’ve been married for almost 37 years, so I’m proud of that and the kids we’ve raised. I have a great daughter and a 22-year-old son who just moved to Hollywood for his acting career. From a performing standpoint, any of our 15 USO tours. Having the opportunity to go to Iraq, Afghanistan, or wherever the troops are and play for them just lights me up. To just go over and shake a hand or give them a hug and tell them we appreciate them is a big deal.

Anything left on the music bucket list?
No, I finished, and here’s the reason. I finished recording an album about a year and a half ago of songs from the Great American Songbook. It’s the 40s, 50s, Sinatra, the romantic stuff, which is the music I love. It also goes great with my wine!

You have worked with so many artists in your career. Is there anyone that you have not worked with that you would love to collaborate with?

Martina McBride and I came in around the same time. I have always wanted to sing a song with Martina. In 1982, there was a national contest and you had to compete against all the state winners in Nashville. I won the state of Texas and Martina won the state of Kansas. So we met in 82′ and we still see each other and laugh and just talk about how cool it is that we’ve both gone on to do some pretty great things.

Tell us about the reality show about your life on the road…
I’m hoping it’s going to be fun! We don’t get played much on radio anymore, so I’m just trying to create something to keep my name out there. I see a lot of people that have success and train-wrecks on reality shows. We are hoping that ours won’t be a train-wreck, but we are excited about it! It’s just going to be our road life and what we do, interject a little bit of my family, maybe go out and visit my son in Hollywood to keep up with him a little and his plot to become a paying actor.

What other hobbies do you enjoy when you need to unwind on the road?
I don’t have much time, honestly. I golf a little. I don’t play as much anymore so I’m not that good, but I enjoy it. I workout a lot, which is getting tougher, I’m about to be 59.

Lightning Round: Ok, let’s talk about a few of your favorites in Nashville.
Most touristy thing you’ve done in Nashville? Visit RCA Studio B
Favorite place to go eat when it town? Swetts, a meat and three
Most under-rated thing about Nashville? I’m sure there are a lot of things that are underrated
Place you haven’t been but dying to go? haha, Any place I can sign my next record deal
Breakfast? Pancake Pantry
BBQ? I don’t eat much BBQ here, I save my appetite for Texas