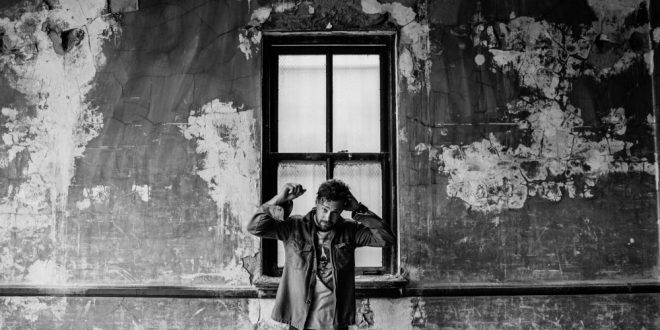 Tell us about your debut EP.

It’s really cool. I have been working on it for a long time and timing wise it is coming out at a good time. I have a good team and the music itself all has a piece of me in it. It’s my journey of where I have been and what I have been through to get to where I am now. It really sheds a light on who I am. It has some Southern rock and country blended in with pop and blues. I am just really excited about it. I think fans will really like it.

You co-wrote all the songs on this album.What is your songwriting process like or where do you get your inspiration?

A lot of inspiration comes from moments in my life like ex’s, bar rooms, stuff like that. I was able to get into the room with some really great writers like Randy Montana, my buddy Aaron Parker, and my brother Lee Brice. We just tried to bounce our best ideas. I am more of a melody guy and I enjoy coming up with them. Once we get the melody going, it helps structure the rest of the song.

Speaking of your brother, what was it like having Lee Brice produce the album? What has his guidance meant to you.

It was really awesome. Anytime I get to work with my brother is always a good time. Him and I are best friends. He is a fan of my music and I am a fan of his music. I know I am in good hands with Lee, he’s been there in the business and has a good ear for what people want to hear and knows who I am more than anybody. He was really excited the whole time about working with us. His excitement keeps me pushing to do it right and nail it.

My favorite song from the album is “Messin’ With My Mind.” It’s a slower song. I love performing and singing and I really get to let loose on that song. The message is quite a story too. I really tried to put myself in that song.

You’ve played alongside a variety of artists throughout your career — Any bands along the way that you’ve really clicked with?

I really dig Dierks Bentley’s style a whole bunch. His new album is absolutely awesome. People like him and influences all the way back to the 90’s. I am a big 90’s music junkie and you can kind of hear that in my style. Anything from Travis Tritt and Garth Brooks all the way to Eminem and Tupac.

What else can fans look forward to from you in 2017?

We are putting together a good tour this fall. WME is working hard for me. I love being on the road performing. Now that the record is out, I can focus on going back out on the road.

Is there any where you have played that you can’t wait to get back to?

Last year I was fortunate enough to go out and play some shows with my brother Lee and one of the coolest spots I played I think was in Los Angeles at Nokia Plaza. I can’t wait to get back to the West Coast.

Now for the Food Questions! Being a Nashvillian, what are some of your favorite dishes and where are the best places to find them?

The best place that I go eat at all the time is Broadway Brewhouse in Midtown. Their wings are hands down my favorite wings in Nashville and some gumbo.

If you could get on a plane tomorrow and travel to any destination just for its food, where would it be?

I would say Italy. I like Italian food and a little red wine.

Have you ever eaten two meals at the same restaurant in the same day?

Very possibly..haha I am a big fried cheese stick fan.

If I was a bartender, what would you order?

A Jack and Water, I am easy!

How do you find great meals when you are on the road?

When you are driving down the road you can find some really cool places. I look for the homely places. I love meat and three’s and stuff like that. We had this one place called Mike’s in Iowa last weekend that looked like an old car garage and it was amazing. I had a “horseshoe” sandwich which consists of thick-sliced Texas toast, a hamburger patty, French fries, and a “secret” cheese sauce.

Matthew McConaughey and a real nice steak from Texas.

ABOUT LEWIS BRICE:
With a sound rooted at the intersection of country, rhythm & blues and southern rock, Lewis Brice comes at you with high-energy stories, sounds that catch the ear and beats that make you want to move. Born and raised in Sumter, South Carolina, he grew up singing in church choir and praise bands. Throughout his career he has spread his music in front of attentive audiences and continuously grown a strong fan base while playing shows with many talented artists he admires such as Lee Brice, Randy Houser, Jerrod Niemann, The Cadillac Three, Chase Rice and many more. Lewis made headlines with 2010’s “Ordinary Girl,” co-written with Dallas Rogers, which made a small window on the Mediabase charts and reached #67 on the iTunes Country Music chart. He appeared in CMT’s first season of “Can You Duet,” coming in 8th place out of the thousands who auditioned. Additionally, Lewis took on the lead role in the 2014 ACM Song of the Year music video for “I Drive Your Truck,” performed by his brother Lee Brice.