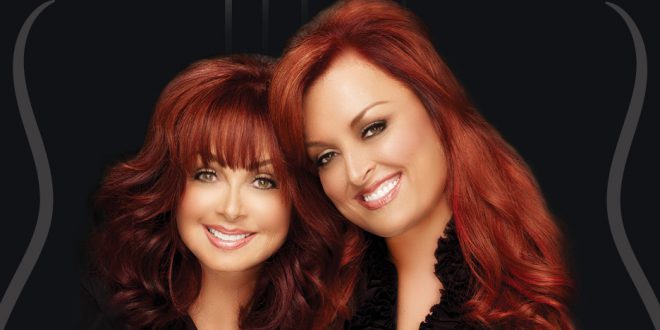 The Country Music Hall of Fame and Museum will take a fresh look at the story of The Judds—mother Naomi and daughter Wynonna—using rare artifacts, original manuscripts, unpublished photos and keepsake costumes in an exhibit titled The Judds: Dream Chasers. The exhibit opens Aug. 10, 2018 and continues through July 14, 2019.

The exhibit will follow the popular duo from their mother-and-child beginnings as Diana Judd and daughter Christina Ciminella to their chart-topping career peak as one of the most successful duos in country music history. In the Eighties and early Nineties, The Judds scored twenty Top Ten hits, including fourteen No. 1s. They were popular with their industry peers, too, winning five Grammy, nine CMA and seven ACM awards.

The Judds’ music is characterized by distinctive harmonies and Wynonna’s powerful lead voice, offered in a spare, acoustic accompaniment that incorporates elements of traditional folk, blues and family harmony. Their songs feature themes of family, love, longing, independence, and spirituality. In collaboration with producer Brent Maher and guitarist Don Potter, The Judds created a sound that was simultaneously traditional and groundbreaking.

“The Country Music Hall of Fame and Museum is sacred ground, regarded with reverence and respect,” said Naomi Judd. “I am so overjoyed to have The Judds’ career encapsulated in this new exhibit. I’m so proud of all the success Wynonna has accomplished and we owe everything to the fans who welcomed The Judds music into their homes.”

“I am truly humbled and grateful to partner with the Country Music Hall of Fame and Museum to honor The Judds’ legacy and relive some of the special moments we shared with our fans,” added Wynonna Judd.  “What an honor.”

Music editor for Nashville.com. Jerry Holthouse is a content writer, songwriter and a graphic designer. He owns and runs Holthouse Creative, a full service creative agency. He is an avid outdoorsman and a lover of everything music. You can contact him at JerryHolthouse@Nashville.com
Previous Cole Swindell, Dustin Lynch, Lauren Alaina Announce Tour
Next Michael Knox To Launch Music Knox Records