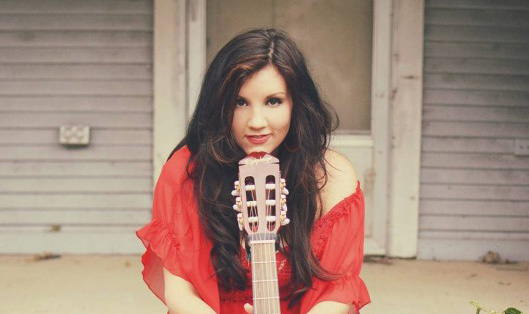 Hispanic Songwriters Celebration At The Bluebird

Stephanie Urbina Jones will take the stage at the Bluebird Cafe on Friday, Sept. 14 at 9:30 p.m. in an intimate, in-the-round performance alongside Tish Hinojosa, Patricia Vonne, and special guest James Slater. The Hispanic Songwriters Celebration will mark the start of Hispanic Heritage Month, which runs from Sept. 15–Oct. 15. The “Texicana Mamas” each write and perform music that blends genres from country and folk to mariachi and traditional Hispanic sounds.

On September 28, Urbina Jones will release her latest studio album, Tularosa, an inspired marriage of country classics and mariachi rhythms named for the place where it was recorded. Tularosa honors Urbina Jones’ musical icons — a string of legends from Dolly, Patsy, Willie, and Merle to Johnny and June — and the Mexican heritage that feeds her sound and soul. Urbina Jones, a San Antonio native, is well-known for celebrating her Hispanic heritage through her music, which can be described as Latin-rooted Americana, or “Texicana country folk-rock.”

“It is an honor to celebrate the beauty and passion of the Hispanic heritage with these amazing Latino singer songwriters at the world renowned Bluebird Cafe and to be asked to share our own Americana country stories in song,” states Urbina Jones.

Hinojosa’s recent release, West, is her latest since 2013’s After the Fair. Vonne, dubbed “Austin’s renaissance woman” by the New York Times, released her seventh studio effort, Top of the Mountain, earlier this year. Slater is a two-time Grammy award-nominated singer-songwriter who has penned singles for artists such as Carrie Underwood, Reba McEntire, and Enrique Iglesias.

Tickets are $15 and are available online HERE.

Music editor for Nashville.com. Jerry Holthouse is a content writer, songwriter and a graphic designer. He owns and runs Holthouse Creative, a full service creative agency. He is an avid outdoorsman and a lover of everything music. You can contact him at JerryHolthouse@Nashville.com
Previous Larry Gatlin To Be Featured In HOF Songwriter Session
Next Delta Rae Starts Basement Residency