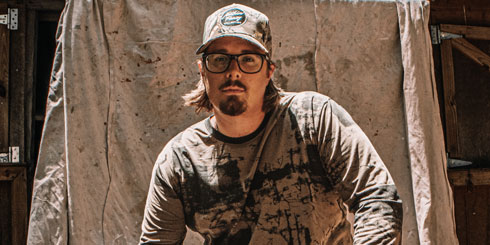 Hardy Debuts At An Impressive #4 On Billboard

Big Loud Records’ Hardy debuts at an impressive #4 on Billboard’s Top Country Albums chart this week with over 16.5 MILLION on-demand streams since its release. Its success positions HARDY at the top of Billboard’s Country Songwriters chart simultaneously.

The Mississippi native’s current single “ONE BEER” feat. Lauren Alaina & Devin Dawson drives into the Country Top 10 this week across the board, marking HARDY’s first-ever Billboard Hot Country Songs chart Top 10 as an artist. The tune is also freshly certified GOLD by the RIAA.

Last week, HARDY made his debut on The Late Show with Stephen Colbert performing “AIN’T A BAD DAY” for their #PlayAtHome series and celebrated the release of A ROCK with his HARDY Album Release Virtual Concert, where over 5,000 unique visitors tuned in from across the country to watch him perform the album top to bottom live. Next month, HARDY takes the stage at Georgia’s Rome River Jam alongside Morgan Wallen, Riley Green and Jon Langston for an innovative, outdoor live show implementing all-new COVID-19 safety measures. For event health and safety information and tickets, visit here.

Music editor for Nashville.com. Jerry Holthouse is a content writer, songwriter and a graphic designer. He owns and runs Holthouse Creative, a full service creative agency. He is an avid outdoorsman and a lover of everything music. You can contact him at JerryHolthouse@Nashville.com
Previous Jason Isbell Coming To The Caverns
Next Bonnaroo Announces Livestreaming Event