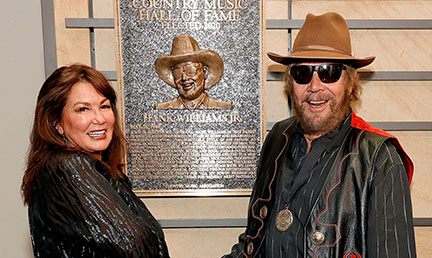 Hank Williams Jr.’s wife Mary Jane Thomas died yesterday in Jupiter, Florida. She reportedly suffered complications from a blood clot, TMZ reported Wednesday. A Jupiter Police Department spokesperson told TMZ they received a medical call from the Jupiter Beach Resort & Spa at around 5 p.m. on Tuesday. Thomas was rushed to a hospital where she was pronounced dead. Her death does not appear suspicious, said police.

Mary Jane, 61, was once a model for Hawaiian Tropic suntan lotion. She and Hank Jr. met in 1985 at one of his concerts. The couple had been married since 1990 and had three children together. Katherine, Samuel, and Hillary.

Our prayers go out to the Williams family.

Music editor for Nashville.com. Jerry Holthouse is a content writer, songwriter and a graphic designer. He owns and runs Holthouse Creative, a full service creative agency. He is an avid outdoorsman and a lover of everything music. You can contact him at JerryHolthouse@Nashville.com
Previous LISTEN: Jimmy Bowen’s “Don’t Drink The Water”
Next WATCH: Kelly Hoppenjans “Stain”