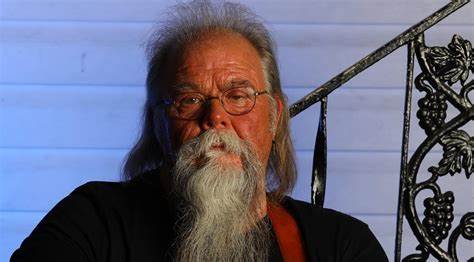 “Don’t Drink The Water” is the perfect two-steppin’ country and western song that taps into Bowen’s bluegrass roots. Boasting a traditional sound reminiscent of Buck Owens, the beautifully blended high harmonies, the nostalgic sound of a pedal steel guitar and twin fiddles take listeners on a musical journey back in time and will have them singin’ and dancin’ along.

“J.P. and Jeff are amazing writers, and I am so fortunate to have had the opportunity to record this song. It is fun to sing. I love the tempo and the angle is clever. The song talks about a guy that is drawn to a bar he comes across because of a bright neon sign; he just has to go in to check it out. He orders a shot and a glass of water. The bartender tells him that the water is not good for his mental state and that liquor is the answer. Basically, if you want to have fun,’Don’t Drink The Water!’ It’s a feel-good, two-steppin,’ sing-a-long kinda song,” commented Bowen.

Bowen will be heading to Texas later this month to attend the 12th Annual T3R Texas Regional Radio Music Awards Show in Arlington where he was invited to walk the record carpet. While there, he will be meeting with radio to promote the new single.

Bowen is also preparing to kick off Season 4 of his own live TV music series, Jimmy Bowen & Friends. Each season of the show hosted by Bowen consists of thirteen half-hour episodes featuring Bowen performing live with his band and a special guest artist each week. It is syndicated nationwide and is produced by award-winning production company CJM Productions, whose shows are broadcast in over 200 million homes in the USA as well as the UK and New Zealand. The star-studded lineup will begin airing April 4th and will feature multiple award-winning artists including Ana Cristina Cash, David Starr, Ira Dean (Trick Pony), Jeff Carson, Jerry Salley, Jimmy Fortune (The Statler Brothers), Minnie Murphy, Rhonda Vincent, Shane Owens, Steve Dean, Terry McBride (McBride and the Ride), and Wade Hayes. Bowen will film season 5 from June 27-30 at Ridenour Rehearsal Studios in Murfreesboro, TN. Details will soon be posted on Bowen’s website.

Music editor for Nashville.com. Jerry Holthouse is a content writer, songwriter and a graphic designer. He owns and runs Holthouse Creative, a full service creative agency. He is an avid outdoorsman and a lover of everything music. You can contact him at JerryHolthouse@Nashville.com
Previous Ronnie Milsap Inducted Into Memphis Music Hall Of Fame
Next Hank Williams Jr.’s Wife Mary Jane Thomas Passes