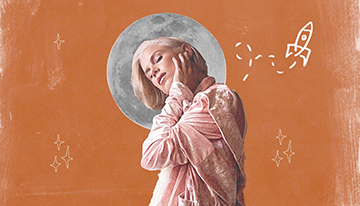 Fresh off of performing with Chance the Rapper on his South American Lollapalooza tour dates, Grace Weber will be at Cannery Ballroom tonight bringing R&B/Soul goodness at 8:00 pm.

The Grammy Award winning recording artist grew up singing in the Central City Youth Gospel Choir of Milwaukee, before gaining widespread recognition for her performances on Showtime at the Apollo and The Oprah Winfrey Show.

Grace’s new project is produced by Nate Fox, Nico Segal (fka ‘Donnie Trumpet’) and Peter Cottontale of the Social Experiment, each producers on Chance the Rapper’s ‘Coloring Book’.  Grace co-wrote and sang with Chance the Rapper & Kanye West on ‘All We Got’, the first track on Chance the Rapper’s critically acclaimed, Grammy Award Winning ‘Coloring Book’. Grace also co-produced and is featured on ‘Still Thirsty’ and ‘Prideful’ on Compton rapper Boogie’s well received mixtape ‘Thirst 48 Part II’, and is featured at the end of Francis Starlite’s ‘May I Have This Dance’.  Grace is also featured on Chicago rapper Towkio’s upcoming track “2 Da Moon”.

Grace is also the founder of The Music Lab, Inc., a non-profit organization based in Wisconsin that builds community through the power of music, by offering a free music education and career preparation program available to high school aged youth of all backgrounds (graceweber.com/themusiclab).  For more information about Grace, please see graceweber.com.

Music editor for Nashville.com. Jerry Holthouse is a content writer, songwriter and a graphic designer. He owns and runs Holthouse Creative, a full service creative agency. He is an avid outdoorsman and a lover of everything music. You can contact him at JerryHolthouse@Nashville.com
Previous Diamond Rio Celebrates 20 Years As Opry Members
Next 9th Annual “Darius and Friends” Benefit Concert Set For June 4