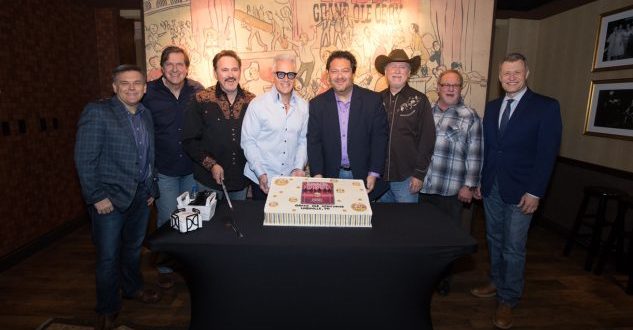 Diamond Rio’s Dana Williams said of the importance of Opry membership, “I have all these memories of the Opry, and then to think that we’ve become members of this institution, it’s overwhelming. It still is to this day.”

Fellow Opry member Craig Morgan introduced the band Friday night and opened his segment of the show with a portion of the group’s 1995 release “Bubba Hyde.” The group reprised the song during its portion of the show, also performing two of its No. 1 hits, “Meet in the Middle” and “One More Day.”

Music editor for Nashville.com. Jerry Holthouse is a content writer, songwriter and a graphic designer. He owns and runs Holthouse Creative, a full service creative agency. He is an avid outdoorsman and a lover of everything music. You can contact him at JerryHolthouse@Nashville.com
Previous ACM Award Winners
Next Grace Weber At Cannery Ballroom Tonight