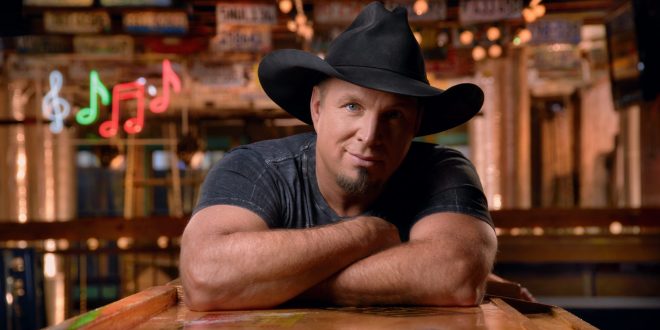 CMA “Entertainer of the Year” Garth Brooks is marking another milestone today, as he becomes the first artist to achieve Top Five singles at Country Radio (across Billboard and Mediabase charts) over five consecutive decades in the 80’s, 90’s, 00’s, 10’s and now 20’s, with his current single “Dive Bar” with Blake Shelton reaching Number Five on Mediabase today.

Brooks first topped the charts with “If Tomorrow Never Comes” on Billboard’s Hot Country Songs chart in 1989 and he has now reached the Top Five in every decade since. It was also just announced that Brooks will be honored with the highly coveted “ICON Award” at the “2020 Billboard Music Awards” in Las Vegas on Wednesday, April 29 at 8 p.m. ET/PT on NBC. The 19-time Billboard Music Award winner, who joins only eight other artists to ever receive the honor, will also take the stage for a performance.

Music editor for Nashville.com. Jerry Holthouse is a content writer, songwriter and a graphic designer. He owns and runs Holthouse Creative, a full service creative agency. He is an avid outdoorsman and a lover of everything music. You can contact him at JerryHolthouse@Nashville.com
Previous Jimmie Allen Scores His Second Career No. 1
Next New Kenny Chesney Music On May 1st