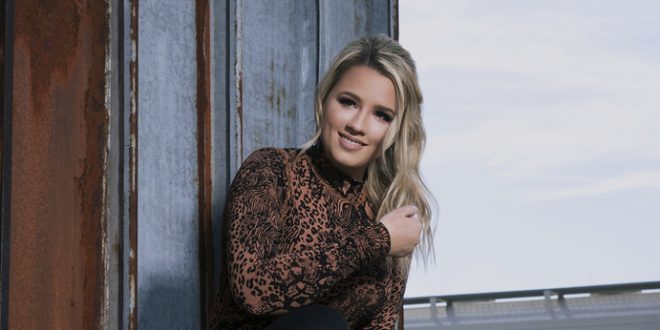 The Warner Music Nashville talent has now eclipsed 200 MILLION on-demand streams with excitement surrounding the vocally gifted newcomer in Country’s mainstream becoming evident. Her jet-fueled revenge anthem, “I Hope,” is now Top 15 on the Country Radio airplay charts and inside the Top 10 on Billboard’s Hot Country Songs list, the first debut single from a female artist to claim the honor since 2017, both huge benchmark successes across the genre.

Meanwhile, “I Hope” also ranked in the Top 5 of all on-demand Country streams and came in at #3 in Country song sales last week, with the heavy-hitting single reaching #1 on Apple Music’s Country chart – as well as #48 on Billboard’s all-genre Hot 100 chart.

Recognizing a true next-gen Country star, early supporter SiriusXM featured Barrett as one of their 2019 Highway Finds, and continues to sing her praises.

“Since becoming a Highway Find in early 2019, Gabby Barrett is approaching 2,500 lifetime spins (for ‘I Hope,’ ‘The Good Ones,’ and ‘Hall of Fame’) with ‘I Hope’ ending 2019 as one of the biggest researching and reacting songs of the year,” Senior Director of Programming J.R. Schumann says. “She is a force to be reckoned with, plain and simple.”

Looking ahead, Barrett has more big impressions to make this summer. She’ll join Brad Paisley in support of his 2020 World Tour starting May 15 in Concord, CA, set to visit cities across the U.S. and Europe through September, and will also perform at high-profile festivals including Country Jam, Stagecoach, Tortuga Music Festival and more.

Music editor for Nashville.com. Jerry Holthouse is a content writer, songwriter and a graphic designer. He owns and runs Holthouse Creative, a full service creative agency. He is an avid outdoorsman and a lover of everything music. You can contact him at JerryHolthouse@Nashville.com
Previous Kenny Chesney Receives CRS Humanitarian of the Year Honor
Next LeAnn Rimes Releases Latest “Love Session”