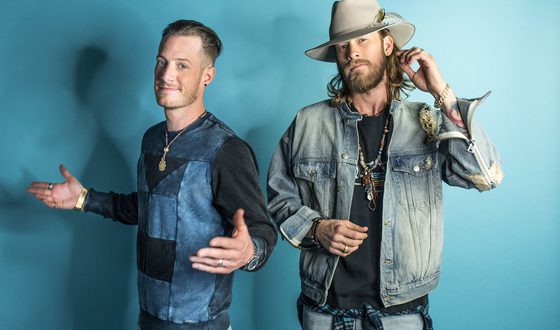 Envisioned as a combination of retail, creative and business space, the compound will include three main components: the TRIBE KELLEY TRADING POST, the world headquarters of TREE VIBEZ MUSIC, and an inspired new private meeting/event space concept called MEET + GREET.

“We’re so excited to build and create a space for professionals to feel inspired and creative,” shares Tyler Hubbard. “We hope to bring something new and innovative to Nashville.”
Brian Kelley agrees, “Passionate people inspire other passionate people. We thrive on letting our imaginations run wild and can’t wait to see what this city dreams up together.”

The new compound stands on 21st Avenue in Nashville’s Hillsboro Village, a vibrant neighborhood that – like FGL – embraces individuality and fosters innovation. MEET + GREET will embody those values in an especially unique way, giving members an epic place for creativity and collaboration to thrive no matter what type of business they’re in.

Designed as a garden-sanctuary environment in a fast-paced center of commerce and genius, meeting spaces, coffee, food, community and good vibes will lend an easy-going, inspirational tone – the perfect setting for holding a staff meeting, connecting with a colleague, or hosting an event. More details about MEET + GREET will be released soon.

Meanwhile, the TRIBE KELLEY TRADING POST will serve as the long-awaited home base of Brittney Kelley’s (BK’s wife) Tribe Kelley clothing brand. Founded in 2014, from the couple’s love of designing and modifying their own clothes, the brand has now expanded into an eclectic fashion line, which mixes timeless with trendy.

Likewise, TREE VIBEZ MUSIC is an emerging publishing company created by Kelley and Hubbard in 2015. TVM isn’t limited to any specific type of genre, and at its heart is a hunger to stay creative, work hard and bring the good vibes. It’s home to a trailblazing group of hit songwriters which includes Corey Crowder, James McNair, Cameron Montgomery, RaeLynn, Daniel Ross, and Jordan Schmidt.

This news is just the latest in a string of big moves for the MULTI-PLATINUM duo. In 2016, Kelley and Hubbard launched their own brand of easy-drinking spirit – Old Camp Peach Pecan Whiskey – and in June of 2017, they opened their first restaurant and entertainment venue, a four-story destination in downtown Nashville called FGL HOUSE.