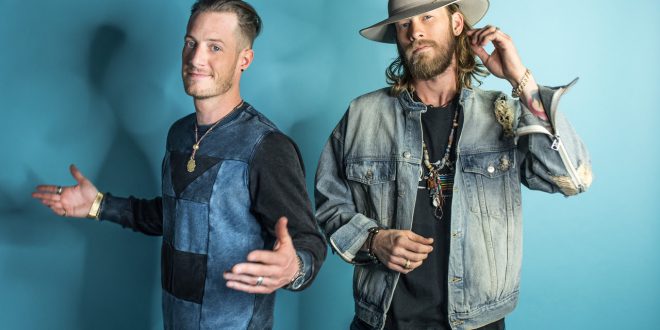 Launching a new look that coincides with their 20th season as Titans, the FREE show kicks off at 7 p.m. (CT) at Music City’s neon-lined crossroads of Broadway and 1st Avenue, just blocks away from the duo’s three-story entertainment destination FGL HOUSE.

Tens of thousands of fans will score the first look at their favorite Titans players in the new uniforms before FGL takes the stage. Tyler Hubbard and Brian Kelley told The Tennessean they won’t be holding anything back from their electrifying live-show experience.

“We’re bringing all the bells and whistles,” Hubbard said.

“We were like, ‘If we’re going to play Nashville, we need to do it right. Let’s rock this thing,’” Kelley said, adding they also planned to bring their pyrotechnics. “We’re just jacked. Nashville is a bull’s-eye for everyone to come to right now. Anytime we can represent the city and the Titans, we’re stepping our game up. We’re just thankful.”

Following a year which saw FGL rise to the level of stadium-packing crossover icons with THE SMOOTH STADIUM TOUR 2017 (with Nelly, Backstreet Boys and more supporting guests), and continue their streak of chart success with their 13th #1 single, “God, Your Mama, And Me” (ft. Backstreet Boys), the pair have already doubled down on their reputation as genre-defying hitmakers to start 2018.

Bebe Rexha’s easy-riding hit “Meant to Be” (ft. Florida Georgia Line) continues to dominate with 13 weeks at #1 on the Billboard Hot Country Songs chart, which is comprised of airplay, sales and streaming data. Rexha, Hubbard, Josh Miller, and David Garcia co-penned the PLATINUM-certified track, which is still rising through the coveted Top 10 of the all-genre Billboard Hot 100 chart. FGL is currently in the studio working on their upcoming follow-up to 2016’s PLATINUM-certified DIG YOUR ROOTS album (BMLG Records) while details of a new headlining tour are coming soon.
For more information about Florida Georgia Line, please visit floridageorgialine.com and reach out on Facebook, Twitter and Instagram.