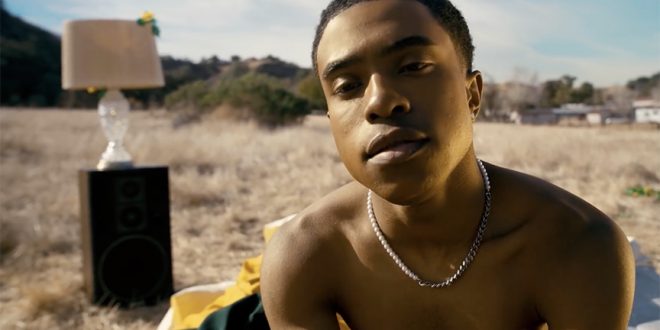 Rising Nashville R&B singer/songwriter Bren Joy gears up for an exceptionally soulful and spirited hometown performance at Bonnaroo, in addition to supporting Pink Sweat$‘s N. American “Pink Moon” tour, kicking off on November 5. Raised in a gospel-loving home, Bren integrates soul, pop universality, and vulnerable songwriting into unpredictable alternative R&B. With overpowering musicality and vocal range, deft songwriting chops, piano virtuosity, and undeniable charisma, he’s got the complete package. Born and raised in Nashville, Bren introduced himself with an independent debut EP Twenties in 2019. Singles “Sweet” (feat. Landon Sears) and “Henny in the Hamptons” generated over 15 million global streams. Vulture named the latter on its “Best New Songs List” and The Tennessean proclaimed him one of the “Nashville Artists To Watch 2020.” That year, Big Loud Management brought Bren to Warner Records and released new music that’s fresh and timeless like the artist. He’s received honorable mentions from Billboard, Rated R&B, and more. Along the way, Bren has shared the stage with everyone from Jhené Aiko to Megan Thee Stallion. Most recently, he unveiled a fresh Twenties Deluxe EP, featuring six new tracks including his simmering hit single, “Insecure” ft. Pink Sweat$.

You’ll want to be at The Who Stage at 4:45, Friday, Sept. 3 to hear this soulful voice in person

Music editor for Nashville.com. Jerry Holthouse is a content writer, songwriter and a graphic designer. He owns and runs Holthouse Creative, a full service creative agency. He is an avid outdoorsman and a lover of everything music. You can contact him at JerryHolthouse@Nashville.com
Previous Americanafest Adds Artists With Less Than A Month To Go
Next Opry To Partner With The Community Foundation To Raise Money For Flood Victims