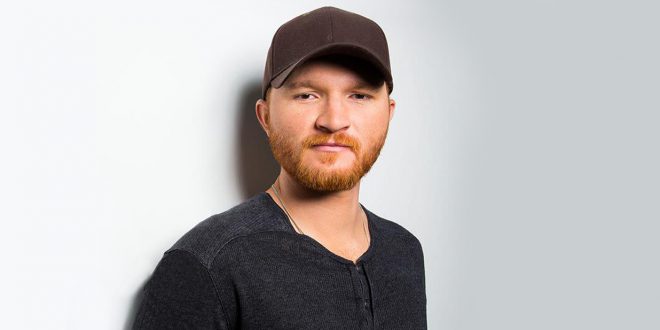 EMI Records Nashville artist Eric Paslay will spend this week playing shows overseas with headline dates in Glasgow and Liverpool, performing for U.S. troops stationed at Al Dhafra Air Base in Abu Dhabi on July 4 and then back to the UK for a sold-out concert in London on July 8.
“I love the adventure of playing for new fans,” Eric shared. “It’s great to be back in the UK and I can’t wait to see the soldiers in Abu Dhabi for my first experience there!”
This is Eric’s second trip to perform in the UK since last fall’s CMA Songwriters Series concerts. His London appearance at the sold-out British Summer Time Hyde Park has him on the same bill with one of his music heroes Eric Clapton.
Eric’s new single “Young Forever,” written by Eric, Chris Destefano and Morgan Evans and produced by Eric and Ilya Toshinksky, is at radio now. The song is the first single from a forth coming sophomore album and is available at all digital retailers now and can be found HERE or watch HERE.

Music editor for Nashville.com. Jerry Holthouse is a content writer, songwriter and a graphic designer. He owns and runs Holthouse Creative, a full service creative agency. He is an avid outdoorsman and a lover of everything music. You can contact him at JerryHolthouse@Nashville.com
Previous Devin Dawson Wins Music Row Award for “Breakthrough Artist-Writer”
Next Home Free To Play The Opry July 10