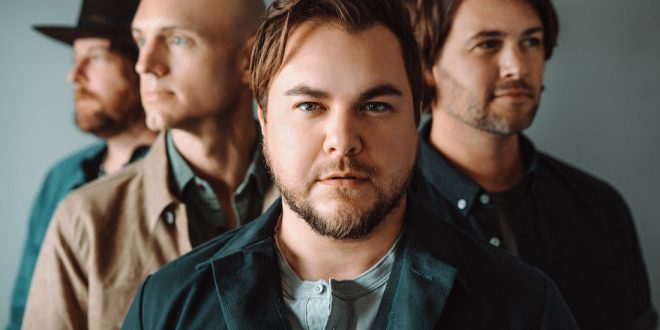 Eli Young Band Back At The Top Spot

Eli Young Band are back on top with “Love Ain’t,” their fourth career #1. Amplifying their chart-topping and signature career favorites off THIS IS ELI YOUNG BAND: GREATEST HITS (The Valory Music Co.), the four-piece again reigns both the Billboard Country Airplay and Country Aircheck/Mediabase charts this week. The emotional and powerful anthem serves as a reminder of the power of true love, intensifying the adjoining music video that follows quadruple amputee military veteran Taylor Morris recovering with selfless support from his wife Danielle. Watch above.

“Getting back here to the top again is a blessing that both Country music fans and Country radio have given us. We do not take this for granted,” shares EYB’s frontman Mike Eli. “It’s a blessing that carries on to our families and our teams that have been behind us every single step of the way. We humbly thank you all for making this happen for us.”

The compelling endeavor also earned a Group Video of the Year nomination at the forthcoming 2019 CMT Music Awards – fans can vote now for “Love Ain’t.” Dann Huff produced the Ross Copperman, Ashley Gorley, and Shane McAnally-penned song that adds to the over 2.8 billion streams EYB has racked up. They will perform their latest #1 hit alongside PLATINUM “Drunk Last Night,” 2X PLATINUM “Even If It Breaks Your Heart,” and 3X PLATINUM “Crazy Girl” on May 31 on Fox & Friends‘ All-American Summer Concert Series. This national television appearance dials-up momentum for upcoming festival appearances including CMA Fest at the Chevy Riverfront Stage and HGTV Lodge in Nashville, TN, on June 6.

Music editor for Nashville.com. Jerry Holthouse is a content writer, songwriter and a graphic designer. He owns and runs Holthouse Creative, a full service creative agency. He is an avid outdoorsman and a lover of everything music. You can contact him at JerryHolthouse@Nashville.com
Previous The Raconteurs Release “Help Me Stranger”
Next Wildhorse Saloon To Launch Monthly Series Called Blue Dizzy