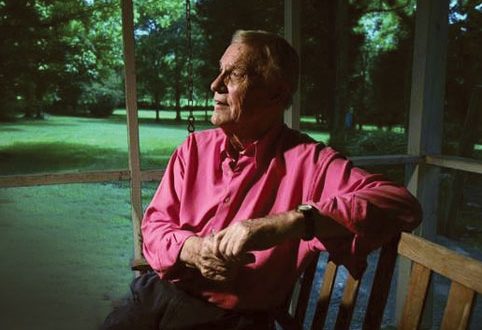 Eddy Arnold’s Legacy Lives On, Through Music, Family and Você

Nashville’s rich, musical, historical story could not be told without mentioning the “Tennessee Plowboy,” Eddy Arnold. The Henderson, Tennessee native was one of the innovators of the Nashville sound in the late 1950’s and went on to chart 147 songs on Billboard. He sold over 85 million records with 19 number one songs like “The Cattle Call”, “Make the World Go Away” and “The Richest Man (in the World)” just to name a few.

In 1950 Arnold and his wife, Sally Gayhart Arnold purchased 61 beautiful rolling acres just off Granny White Pike in Brentwood and in 1964 they build the house where they would stay until they both passed away in 2008.

Although Arnold has millions of fans, there are probably none more loyal than his own grandson, Shannon Pollard, a great musician in his own right. Pollard has fond memories of spending time on is grandfathers farm and in the early 1990s-2000s was well known in the local Nashville indie rock scene. Pollard’s band Fuel Injected Legends can still be seen around town and have a show booked at the 5 Spot in East Nashville 2/6/19.

Pollard’s Grandfather’s legacy is always in the back of his mind, and his record label, Plowboy Records, established in 2012 with partner Don Cusic, reflects that. The label that started with an Eddy Arnold tribute record has turned into a stable of artists as unique as it’s namesake like Drivin’ N’ Cryn’, Chuck Mead, Bobby Bare, The Kentucky Headhunters and more than a dozen others.

The unprecedented growth that Nashville has seen in the past 10 years has certainly taken it’s toll on the environment with land being cleared in every direction to make way for development and business. But Arnold would be proud to see what has become of his little farm. A creative spirit runs deep in this family and with that creative spirit in mind, Armistead, Arnold, Pollard have created a unique development on this 61 acres aptly called Vocé (Italian for voice) that puts the environment first keeping as many trees as possible and landscaping with native plants. If you’re walking in Você  you’re walking in the woods. It has a beautiful park like feel with 52 home sites, walking paths and common areas. They are working on their final phase now. Check out Você here.

Music editor for Nashville.com. Jerry Holthouse is a content writer, songwriter and a graphic designer. He owns and runs Holthouse Creative, a full service creative agency. He is an avid outdoorsman and a lover of everything music. You can contact him at JerryHolthouse@Nashville.com
Previous Brantley Gilbert Premieres “What Happens In A Small Town” With Lindsay Ell
Next John Berry Shares Positive Message Following Health Setback