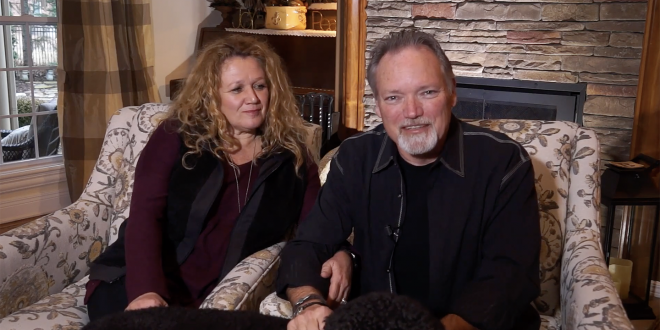 John Berry and his wife

Grammy winning singer/songwriter, John Berry, shared an upbeat and positive message to fans, media and music industry in regards to a recent discovery of the unexpected on his musical journey.

Berry closed out 2018 with an amazing Christmas tour, however he shares that he has run into a bump in the road with the start of the new year.

Treated with antibiotics for a tonsil infection that started in November, Berry made it all the way through the 21 city tour without incident, but it never cleared up, even after a second round of antibiotics and steroids. He saw an ENT in Nashville on Jan 4 who ordered a CAT scan, which revealed what appeared to be a tumor in one of his tonsils. He went in for surgery to have both tonsils removed on January 10 and while in surgery it was found that the tumor was larger than his tonsil on one side and they also removed a small portion of his soft palet.

Upon receipt of the biopsy report, it was confirmed to be a malignant tumor on both tonsils. The expected treatment is only five weeks and has over a 90% cure rate.

John and his wife Robin have asked that the community lift them up in daily prayers, asking God for healing, strength, wisdom and patience as they go through these next few months.

2018 was a great year and 2019 promises to be even bigger, with several projects in discussion, a growing tour schedule and more music to come later in the year. God is good and they are thankful for His grace and mercy. He knows the plan and has made their path in His perfect timing.

John will continue to keep fans, family, friends and the music community updated with frequent social media updates on his progress.

They have adopted Philippians 4:13 as their guidepost of inspiration: “I can do all things through Christ who strengthens me.”

Music editor for Nashville.com. Jerry Holthouse is a content writer, songwriter and a graphic designer. He owns and runs Holthouse Creative, a full service creative agency. He is an avid outdoorsman and a lover of everything music. You can contact him at JerryHolthouse@Nashville.com
Previous Eddy Arnold’s Legacy Lives On, Through Music, Family and Você
Next Orchard Co-Founder Richard Gottehrer To Receive 2019 Music Biz Outstanding Achievement Award