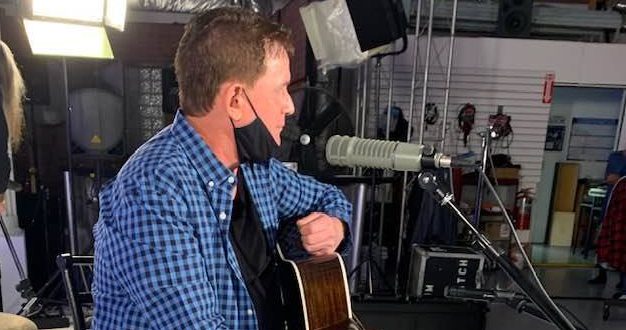 Singer/songwriter and Nashville recording artist Dwain Messer comes back to radio with a second track from his upcoming album, Goes So Fast. Penned by Messer and co-writer Don Ellis Gatlin, the title track, “It Goes So Fast,” was produced by Mark Beckett, the son of the legendary Barry Beckett, and takes listeners on a reflective journey back on their own unique lives, while touching on the writer’s own experiences. Messer remembers, “We were throwing ideas back and forth one day while in a writing session and got to talking about growing up and the song just came to life.”

Messer has always had a passion for performing and writing music. He previously worked in several different bluegrass and country acts and was named one of eight national finalists of the former Family Channel’s Wild Wild West and Atlantic Records’ search for new talent. His first single release from the Goes So Fast album, “Ease My Troubled Mind,” recently charted at number 69 on the Music Row CountryBreakout Chart.

The native Kentuckian’s album will be released on February 19 and contains a remake of the Townes Van Zandt written, Merle Haggard and Willie Nelson hit “Pancho and Lefty.”

Music editor for Nashville.com. Jerry Holthouse is a content writer, songwriter and a graphic designer. He owns and runs Holthouse Creative, a full service creative agency. He is an avid outdoorsman and a lover of everything music. You can contact him at JerryHolthouse@Nashville.com
Previous Ray Stevens To Release 4 Brand New Albums
Next Luke Bryan Receives 2021 Artist Humanitarian Award At CRS