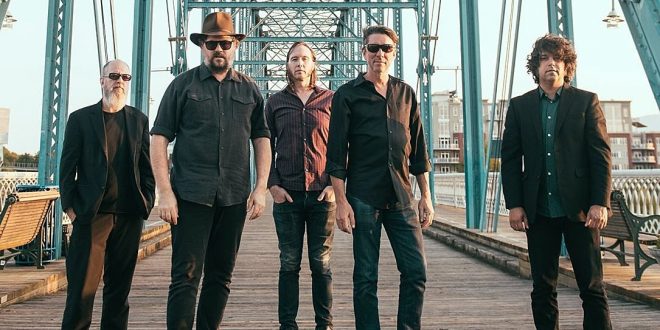 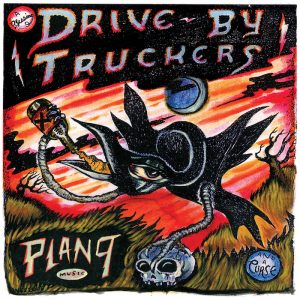 The now legendary live set served as both a celebration of Plan 9 Records’ 25th Anniversary, but also a ticketed benefit concert for The Harvey Foundation. On New Year’s Day, 2006, Kathryn and Bryan Harvey and their two children were brutally murdered in their home in part of a horrific crime spree that made national news. The Harvey’s were a part of a community that welcomed Drive-By Truckers with open arms and the The Bryan and Kathryn Harvey Family Memorial Endowment was created by their friends and family to provide music, visual art and performing arts enrichment in the greater Richmond area. Drive-By Truckers’ Patterson Hood would later write the song “Two Daughters and a Beautiful Wife” in tribute to Bryan and his family for 2008’s celebrated Brighter Than Creation’s Dark.

Patterson Hood said in his accompanying liner notes, “Our pay was a case of PBR and two bottles of whiskey. There wasn’t a drop left by the end of the encore. They pushed back all of the record shelving to make room for a little over 200 people and cut us loose to play a two hour plus set. Loose and raggedy at times, yet somehow also tighter than shit. It was by far our favorite show of the year and all these years later, I think it is one of the best performances from that era of the band. A few months later, that incarnation of the band was no more and our lives have continued to move in all kinds of mysterious ways. We’re all close friends again and even though it kinda feels like a lifetime ago, it was great to hear these tracks and to re-live the best parts of who we used to be. When you think you have it turned up a little too loud, reach over and turn it up a little bit more.”

Music editor for Nashville.com. Jerry Holthouse is a content writer, songwriter and a graphic designer. He owns and runs Holthouse Creative, a full service creative agency. He is an avid outdoorsman and a lover of everything music. You can contact him at JerryHolthouse@Nashville.com
Previous Grand Ole Opry To Honor Americas Heroes
Next Chris Young & Kane Brown Top The Charts For A Second Week