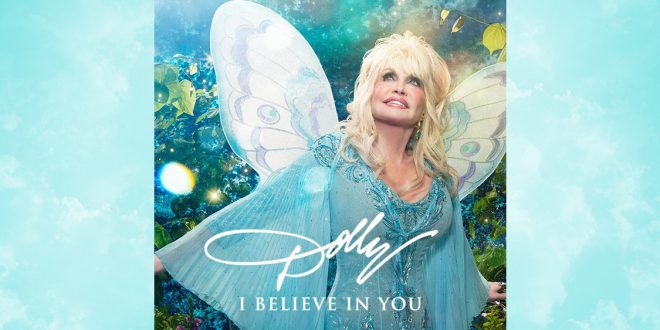 At a press conference today before media reps and their children as special guests, world renowned entertainer Dolly Parton announced the release of I Believe In You, her first album written and recorded for kids and those young at heart. A digital release of the new album on Dolly Records/RCA Nashville will be available September 29, whereas the physical album will street worldwide on October 13. All 14 tracks on I Believe In You were written and performed by Dolly Parton.

“My first album was released 50 years ago and it’s been an amazing 50 years since then. I am very excited that now I’m coming out with my first children’s album in all of those 50 years. I’m proudest of all that all of the proceeds from this CD will go to the Imagination Library,” Dolly said. “It’s been 20 years since the Imagination Library was launched. We’ve seen 100million books get into the hands of children and hopefully there will be many more.”

Since its beginning in 1996 in Dolly’s hometown of Sevierville, Tennessee, the Imagination Library has expanded into four countries serving more than one-million children by providing a brand new, age-appropriate book each month. In North America, every child’s first book is the classic Little Engine that Could.

With children seated around her in front of the fireside living room set that was built for the Smoky Mountains Rise Telethon last December, Dolly Parton revealed her I Believe In You album cover (above) and track listing (below).

I Believe In You Track Listing

Before and after reading her “Coat Of Many Colors” book, she treated the kids and media to a performance of three songs featured on the new album, “I Believe in You,” “Makin’ Fun Ain’t Funny” and “Brave Little Soldier.” The press conference ended with Dolly answering questions and taking family photos with all the guests.