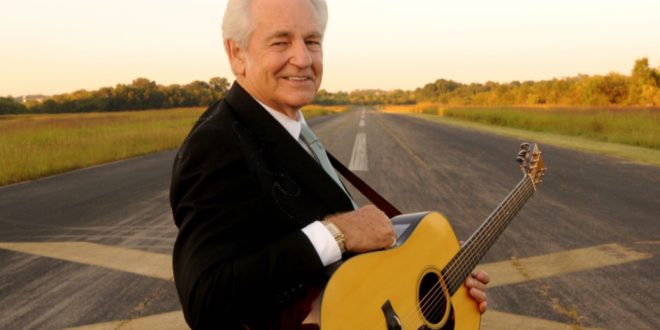 Instead of taking up golf, gardening, baking, or the such during his COVID-demanded downtime, bluegrass’s elder statesman Del McCoury dove headlong back into his teenage years, combing through hours and hours of music, searching for the songs. Demo after demo crossed the discerning ears that flank McCoury’s signature silver pompadour. He listened intently. He listened for songs that excited him. What he ended up gravitating toward was an album’s worth of blue-collar, workingman’s songs—a subgenre that Del himself aligns tightly with, seeing himself as a working man who chose music as his vocation all those years ago. Backed by his world-renowned Del McCoury Band—his sons Ronnie (mandolin) and Rob (banjo), as well as long time band members Alan Bartram (bass) and Jason Carter (fiddle)—as well as a multitude of righteous guests, Del took his findings to the studio to set them in sonic stone. The resulting Almost Proud was released today via McCoury Music, to the delight of Del’s dedicated and diverse fanbase. 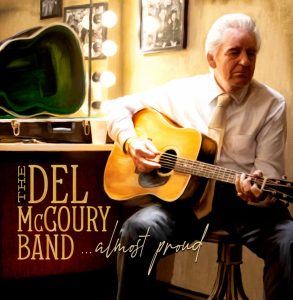 Almost Proud is packed with songs from a wide variety of writers—well known and obscure—and includes a few performances from old friends. There are new songs like the aforementioned “Running Wild” and “Almost Proud,” a song written by his good friends Eric Gibson and Mike Barber that was cut just hours after it was written. McCoury tapped into his long friendship with Vince Gill to find the right high country vocal for “Honky Tonk Nights” and chose a little-known song from a recent Kris Kristofferson album called “Love Don’t Live Here Anymore” to tell a story of married couples who’ve become perfect strangers. With “Once Again,” McCoury collaborated again with Josh Shilling, who joined him on piano.

Just like his live performances, McCoury started Almost Proud with his regular point of view: “If I’m not interested, how can I expect the audience to be?” This collection of songs kept 83-year-old McCoury engaged during the pandemic and it’s part of a body of work that ended up being nearly 30 songs—so it’s likely to see a volume 2 in the very near future. At the end of the day, Del may be almost proud of what he’s accomplished, but he’s always proud of the music he records.

Look for McCoury at the Ryman Auditorium on June 23rd. Buy tickets HERE.

Music editor for Nashville.com. Jerry Holthouse is a content writer, songwriter and a graphic designer. He owns and runs Holthouse Creative, a full service creative agency. He is an avid outdoorsman and a lover of everything music. You can contact him at JerryHolthouse@Nashville.com
Previous WATCH: Brett Young Talks About Latest Video
Next American Idol Alum, Alex Miller, Releases New Single And Video