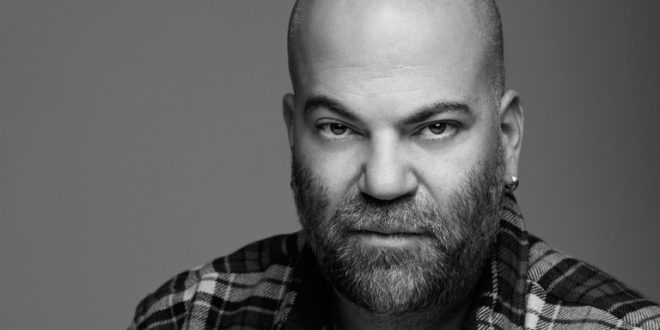 Music industry trailblazer Paul Rosenberg, CEO of Def Jam Recordings and veteran artist manager, will keynote at a featured presentation on Monday, May 6 at 5 pm during the Music Business Association’s Music Biz 2019 conference. Rosenberg will discuss his professional journey, experience in both the management and label arenas and his vision for the future of the industry at large.
“Paul Rosenberg’s countless contributions to the music industry are undeniable ,” commented James Donio, President of Music Biz. “With a savvy ear for talent and innovative approach to marketing and promotion, his influence can be felt in all areas of the business. We are absolutely thrilled and honored to have him share his wisdom as a keynote speaker at this year’s conference.”
Currently serving as CEO of Def Jam Recordings, it is no surprise that the Detroit native kicked off 2018 on the cover of Billboard’s annual Power 100 issue, alongside his longtime friend, partner and client Eminem.

An accomplished attorney, Rosenberg is also the founder and CEO of Goliath Artists Inc. – the New York-based management firm that handles the career of global Hip-Hop superstar Eminem and other recording artists including Detroit’s Danny Brown. Paul also continues to oversee Shady Records, the boutique record label he launched in 1999 with Eminem that has released breakthrough albums by such Hip-Hop acts as 50 Cent, D12 and Bad Meets Evil (Eminem’s collaboration with Royce Da 5’9″).

In 2002, Rosenberg added the role of producer to his resume as executive producer of the blockbuster Imagine/Universal film 8 Mile, followed by serving as producer with Jimmy Iovine on 50 Cent’s 2005 film debut Get Rich Or Die Tryin’, and as producer of 2015’s pugilist hit Southpaw.

Rosenberg also oversees a portfolio of creative projects and endeavors in his ongoing partnership with Eminem: Shady Films, an original content creation group that has produced web series, television and broadcast live events, SiriusXM satellite radio station Shade45, and  RapRadar.com .
Music Biz 2019 will return to Nashville May 5-8 at the elegant JW Marriott in the heart of downtown Nashville. The music industry’s premier event, Music Biz offers a platform for the commerce, content, and creative sectors to network, get on the cutting edge of the latest trends, and meet with trading partners. The dinner event is sponsored by BuzzAngle Music, City National Bank, Jammber and TiVo. More program and awards announcements will be made in the coming weeks. For the most up-to-date conference information, visit  musicbiz2019.com . To register for the 2019 event, go to musicbiz2019.eventbrite.com . Early bird rates are available through March 22, 2019.

Music editor for Nashville.com. Jerry Holthouse is a content writer, songwriter and a graphic designer. He owns and runs Holthouse Creative, a full service creative agency. He is an avid outdoorsman and a lover of everything music. You can contact him at JerryHolthouse@Nashville.com
Previous Voice Finalist Dave Fenley Learns What Co-Writing Is All About
Next BBR Music Signs King Calaway