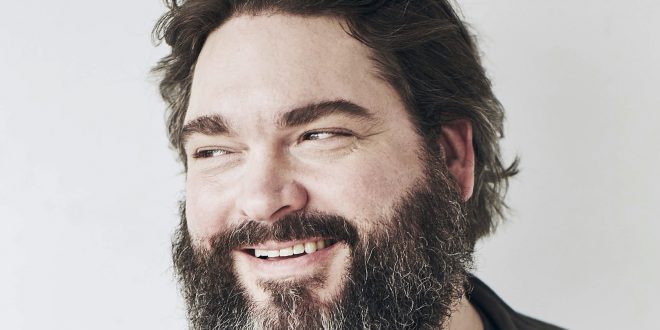 Voice Finalist Dave Fenley Learns What Co-Writing Is All About

There’s a reason country crooner Dave Fenley was all smiles as he walked off the stage of NBC’s mega-hit, “The Voice,” where he was a Top 10 finalist this season. “I knew I had big things ahead of me. I could feel it,” he says with a sly smile.
He was right. Not only is the Nashville-based singer/songwriter working on his own new music, but he’s been tapped by a few other artists, including AJ McLean of the multi-platinum selling pop group the Backstreet Boys, to lend his musical talents to as well.
Fenley teamed with veteran Nashville songwriter Rob Crosby to pen the song, “Boy and a Man,” from McLean’s forthcoming, and much anticipated, foray into country music. Fenley also co-produced the track, which is due in spring of 2019, as well as contributed background vocals.
McLean recently performed “Boy and a Man” at a fan listening event for local country radio station Nash FM 103.3 where he introduced the song saying this about Fenley: “He is a remarkable singer-songwriter…. He wrote this little ditty for me. Hands down, it’s one of my personal favorites on this record.”
The track, a love song, has McLean singing about how a woman deserves better and should always be treated like a lady. The song goes like this: “I ain’t playing no games and I’m trying to say girl that I’ve got a plan / ‘Cause I know what you’re missing / I’m gonna show you the difference in a boy and a man.”
Fenley notes, “Working with Rob is always a great experience. He’s such an amazing and intuitive writer. I had the idea for this song to be kind of cheeky. AJ is a Backstreet ‘Boy’ and about to step into country music. So I thought the play on ‘Boy’ and ‘Man’ was playful and would fit his style nicely”
Of course, anyone who follows Fenley shouldn’t be surprised he penned such a tender love song. His motto, after all, is – “Spread love like peanut butter.” To that end, he currently has “The Spread Love Sessions Vol. 1” available on all streaming platforms and www.davefenley.com .
Like many artists, Fenley began his career playing honky-tonks and bars. But, he soon figured out that he has a deep love of the art of songwriting. “I started going deeper than the Texas pride, shake-your-fist stuff I’d been doing. I realized songwriting was what I’d been missing in terms of connection with an audience after years of playing covers and working on showmanship without much in the way of content. Once an audience started singing my songs back to me, I couldn’t stop,” he explains.
The Lufkin, Texas-born artist moved to Nashville and learned to co-write. “That was humbling,” he admits. “You can’t be the proudest person in the room, you have to concede a lot and it took about six months to accept I wasn’t as accomplished as I thought. As the songs got better I realized what I’d been missing in terms of collaboration. Since then, I think I’ve written one song by myself. It’s one of my favorites ever, but still just the one.”

Music editor for Nashville.com. Jerry Holthouse is a content writer, songwriter and a graphic designer. He owns and runs Holthouse Creative, a full service creative agency. He is an avid outdoorsman and a lover of everything music. You can contact him at JerryHolthouse@Nashville.com
Previous Ronnie Milsap Ready to Kick Off 2019 Tour at Ryman
Next Def Jam’s Paul Rosenberg To Keynote At Music Biz 2019 In Nashville