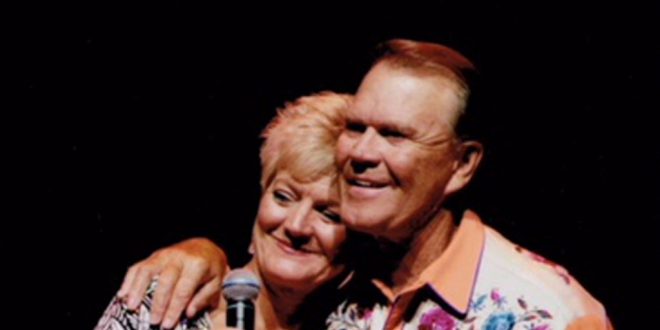 Debby Campbell To Release Tribute Album To her Father Glen

“As hard as it was to sometimes go into the studio and sing some of dad’s songs, I knew in my heart it would help me get through his loss.  The heartbreak will never go away. This was truly a labor of love and I hope it will mean as much to his fans as it means to me,” Debby Campbell shared.

Produced by Tony Mantor and released by Plateau Music, The Way We Were features 12 iconic hits from Glen Campbell’s catalogue.

“Working with Debby was a pleasure in so many ways. I get the honor to produce great songs, with a great singer, plus keep the Glen Campbell name and music alive for his fans, her fans and new fans who will hear what a talent they both are,” Mantor said.

Country music singer and activist for Alzheimer’s, Debby Campbell was born in Albuquerque, New Mexico in 1956 to Diane Kirk and Glen Travis Campbell. She is the eldest of 8 children and the daughter of the most famous “Rhinestone Cowboy” Glen Campbell. Debby loved singing from an early age and spent many summers with her dad on tour, and in the television studios with his Glen Campbell Goodtime Hour television show. Debby graduated high school in England living with her mom and step-dad Jack, while her step-dad was in the Air Force. Her dad, Glen became a world sensation, and would perform in England and send for Debby so she could spend time with him. In her early 20’s, Debby married and became a mother of 3, two boys and a girl. She lived in Italy, and the US during this time and currently loves being a grandmother to 4 grandchildren and 1 great-grand child. In the mid 80’s Debby became a flight attendant and today remains flying international as well as domestic. In 1987 Debby became part of her dads show on tour as a featured singer along with her full time job as a flight attendant. She toured and travel with the Glen Campbell show for 24 years and which included travels to Europe, Australia, New Zealand, Tasmania and Bermuda and many more.

Music editor for Nashville.com. Jerry Holthouse is a content writer, songwriter and a graphic designer. He owns and runs Holthouse Creative, a full service creative agency. He is an avid outdoorsman and a lover of everything music. You can contact him at JerryHolthouse@Nashville.com
Previous Michael Ray’s New Album “Amos” Drops June 1
Next Grimey’s Celebrates Record Store Day Tomorrow (4/21)