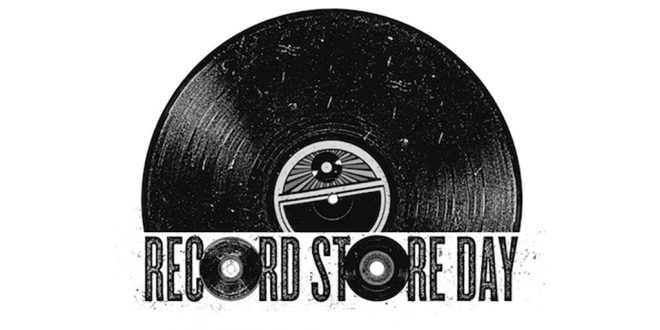 Ashley Monroe will join previously-announced acts for a free concert in the back parking lot of Grimey’s and The Basement tomorrow in celebration of Record Store Day – Saturday, April, 21st: new Infinity Cat signing Nectar, jangle-pop faves Ornament, singer (and rock culture legend) Bebe Buell, and a steel guitar tribute to The Byrds’ Sweetheart Of The Rodeo led by Lloyd Green and Jay Dee Maness (who both played on the original record). Yep, double steel guitar-led band playing the entire album! Guest DJs will spin sets between the bands.

Also joining us this year on the ones and twos for DJ sets are renowned guitarist Richard Lloyd, formerly of seminal group Television (who will also do a meet & greet/autograph signing after his DJ set), pimpdaddysupreme and several DJs from community radio powerhouse WXNA.

Here’s how the outdoor concert schedule is shaping up:

There will be two food trucks for tasty eats. Smoke Et Al , gourmet BBQ and Good Ol’ Sloppy Top which is run by Matt Pelham of The Features. Of course The Basement will be open for all your drinking needs, alcoholic or otherwise.

There will be free stuff to give away, tons of prizes you can win like a pair of passes to the Forecastle Festival, more concert tickets, test pressings, etc. and a big-ass sidewalk sale with super cheap LPs and CDs and more. Grimey’s will open at 10AM with the RSD exclusive releases at Grimey’s Too. Line for RSD releases forms in the back parking lot behind Grimey’s Too, at the steps leading up to the deck. They will allow overnight camping in the lot and they’ll have a port-o-john for your convenience. Once our staff begins to arrive, they will offer free hot coffee & donuts to all in line!

Music editor for Nashville.com. Jerry Holthouse is a content writer, songwriter and a graphic designer. He owns and runs Holthouse Creative, a full service creative agency. He is an avid outdoorsman and a lover of everything music. You can contact him at JerryHolthouse@Nashville.com
Previous Debby Campbell To Release Tribute Album To her Father Glen
Next Joshua Hedley Celebrates Debut Album Release At The Basement Tomorrow