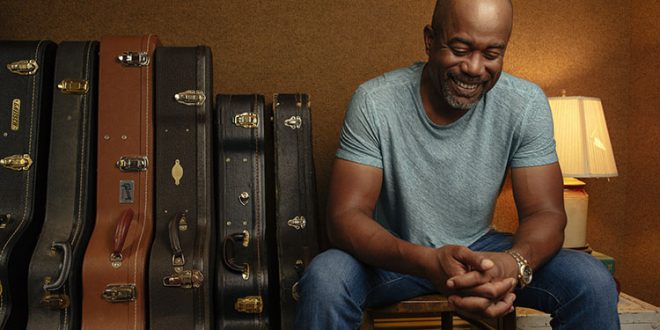 Darius Rucker Returns To The Ryman For St. Jude

Darius Rucker will return to the historic Ryman Auditorium on Tuesday, August 17 for his 12th annual “Darius and Friends” concert benefiting St. Jude Children’s Research Hospital. The event, which occurred virtually in 2020 and has raised over $2 million to date, will celebrate a return to live shows with an all-star roster of friends to be announced in the coming weeks. As an added bonus, fans and supporters can also tune in from home via a new hybrid concert model.

Rucker, who has always prioritized philanthropic work, made a commitment after touring the facility in 2008 to support the lifesaving mission of St. Jude: Finding cures. Saving children.® Supporters like Rucker and friends help ensure families never receive a bill from St. Jude for treatment, travel, housing or food – because all a family should worry about is helping their child live.

“The incredible work being done at St. Jude really made an impact on me when I had a chance to visit and hear the patients’ stories,” shares Rucker. “They are some of the bravest people I’ve ever met and being able to support them with this event is always a highlight of my year. I’m so glad we’ll be back to performing in front of a full house at the Ryman for such a great cause!”

Tickets to the 12th annual “Darius and Friends” benefit concert start at $50 with VIP options up to $150, available at here. Pre-sale access begins tomorrow, July 20, with tickets on sale to the general public this Friday, July 23.

Music editor for Nashville.com. Jerry Holthouse is a content writer, songwriter and a graphic designer. He owns and runs Holthouse Creative, a full service creative agency. He is an avid outdoorsman and a lover of everything music. You can contact him at JerryHolthouse@Nashville.com
Previous IBMA Bluegrass Music Awards Nominations Announced
Next LISTEN: Scotty McCreery’s “Why You Gotta Be Like That”