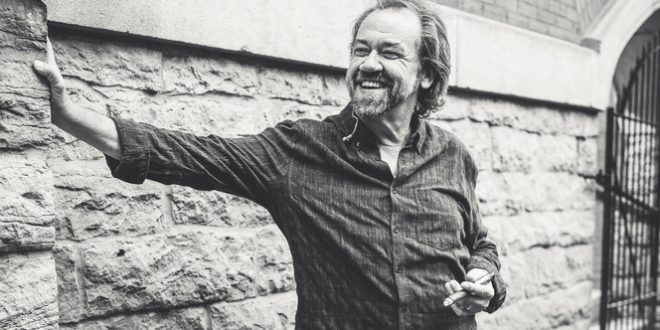 “Noah Gordon’s roots in bluegrass, and his passion for music, have me excited to be working with him and his team,” commented Tyminski.

“Dan’s musicianship and unrivalled artistry speaks for itself,” said Gordon. “He is carrying on the tradition of those legendary bluegrass and Americana acts that have paved the way and he continues to bridge the gap for the next generation.”

Tyminski hit the road this year on tour with The Dan Tyminski Band in support of his recently released EP celebrating Tony Rice’s legacy – One More Time Before You Go: A Tribute To Tony Rice. The Dan Tyminski Band is comprised of Harry Clark (mandolin), Maddie Denton (fiddle), Jason Davis (banjo), Grace Davis (bass) and Gaven Largent (dobro). Tyminiski has also been in the studio recording a new album scheduled for release early in 2023.

Music editor for Nashville.com. Jerry Holthouse is a content writer, songwriter and a graphic designer. He owns and runs Holthouse Creative, a full service creative agency. He is an avid outdoorsman and a lover of everything music. You can contact him at JerryHolthouse@Nashville.com
Previous Drake Milligan To Make His Opry Debut
Next WATCH: David Adam Byrnes’ “Keep Up With The Cowgirl”