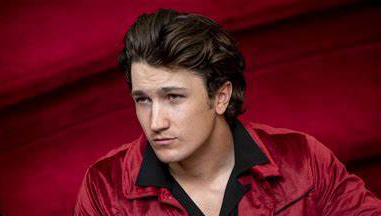 Texas native  Drake Milligan recently wrapped a Top 3 run on Season 17 of NBC’s America’s Got Talent. He’s now on a  nationwide tour which includes a stop in Nashville on October 5 to make his Grand Ole Opry debut. “I couldn’t be more excited and honored about playing the Grand Ole Opry!” shares Milligan. “To have the opportunity to step in that circle that so many legends have shared will be a dream come true.” The news arrives just as Milligan’s debut album smashed expectations on its September 15 arrival, with Dallas/Fort Worth hitting #1 on not just the iTunes Country Album Chart, but the ALL-GENRE iTunes Album Chart, as well as landing in the Top 10 on Billboard’s Country Albums Sales Chart.

Music editor for Nashville.com. Jerry Holthouse is a content writer, songwriter and a graphic designer. He owns and runs Holthouse Creative, a full service creative agency. He is an avid outdoorsman and a lover of everything music. You can contact him at JerryHolthouse@Nashville.com
Previous Cavefest Artist Spotlight: Jim Lauderdale
Next Dan Tyminski Signes With 8 Track Entertainment