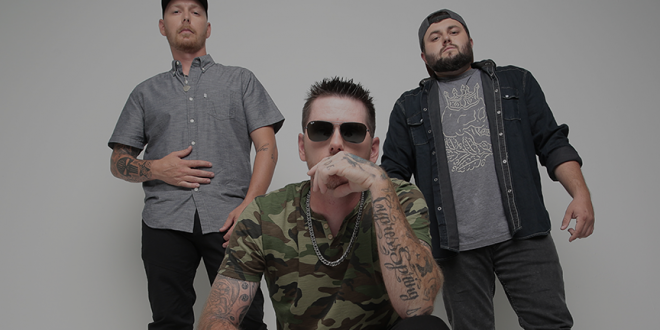 Truly country to the core, the Florida-based group’s beat-driven music and down-home southern lifestyle continue to connect with fans. On their new 13-track album, “American White Trash,” the trio flies a proud flag espousing the virtues of hard work, patriotism, God and family – virtues closely aligned with their fan base.

Sonically, the 13-track album has something for every fan. Patriotism shines through on the driving, hit song and video, “America,” “Whiskey’s Always Strong,” a standout ballad, will surely tug at the heartstrings, and “Needle Junkie,” a clever throwback, sings the praises of vinyl records, plus the newest backwoods mud bog anthem, “Muddy.”

Cypress Spring’s music was first introduced on CMT’s highest rated hit show, “Party Down South.” Since then, the band has garnered over 18 million YouTube views of their breakthrough video, “Way of Life,” over 25 million streams across digital radio platforms, over 100,000 fans across social media and more than 250,000 sales on the popular “Mud Digger” compilation albums.

Available everywhere and at Walmart October 12, 2018. Click here to pre-order the album. Fans will be entered to win a Grizzly Cooler with the album pre-order. The release of “American White Trash” coincides with Cypress Spring’s fall tour kicking off today in Cincinnati.

Music editor for Nashville.com. Jerry Holthouse is a content writer, songwriter and a graphic designer. He owns and runs Holthouse Creative, a full service creative agency. He is an avid outdoorsman and a lover of everything music. You can contact him at JerryHolthouse@Nashville.com
Previous Dustin Lynch Debuts “Good Girl” Video
Next Mitchell Tenpenny Hits The Top 20