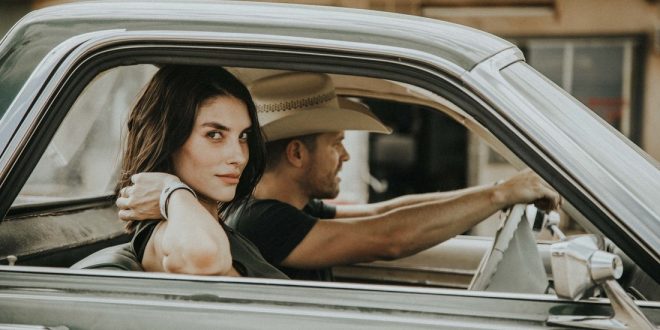 Directed by Mason Dixon and filmed amid the desolate beauty of the Mojave Desert, the cinematic clip places Lynch and a dark-haired vixen in the role of a modern day Bonnie & Clyde, running from the law with their hearts leading the way. But to find out if Lynch and his partner in crime end up like their famous real-world counterparts, fans will just have to watch and see.

“It adds a tougher side to this song,” says Lynch to Esquire. “It was hard to not be right on the nose with [“Girl”] because it’s a very fun and bubbly and light. We had several meetings where I thought I had great ideas and would go in and pitch and then people would start poking holes in it. It was tough, we’re always trying to do something that people want to watch more than once. [Director] Mason Dixon knocked it out of the park.”

Co-written by Lynch with Andy Albert and Justin Ebach, “Good Girl” features a velvet smooth Country groove and a dash of hip-swaying desire, all wrapped up in the heartwarming vibes of meeting your soul mate. The chart-rising track follows a streak of five consecutive #1 singles, three Top 5 albums and six GOLD or PLATINUM certifications, which prove the Tennessee native is a bonafide star. His album, CURRENT MOOD, dropped at No. 2 on Billboard’s Top Country Albums chart in 2017, and spawned the back-to-back #1s “Seein’ Red” and “Small Town Boy” at Country radio.

There’s more big news on the horizon for Lynch, who realized a lifelong dream when he was invited to join the historic Grand Ole Opry by Trace Adkins during an appearance on the program in August. Lynch is set to be formally inducted as a full Opry member on September 18, and will continue his hard-touring ways this fall. He’ll team up with Cole Swindell for the REASON TO DRINK…ANOTHER TOUR with special guest Lauren Alaina beginning October 4 in Tuscaloosa, Alabama.

Music editor for Nashville.com. Jerry Holthouse is a content writer, songwriter and a graphic designer. He owns and runs Holthouse Creative, a full service creative agency. He is an avid outdoorsman and a lover of everything music. You can contact him at JerryHolthouse@Nashville.com
Previous Americanafest Starts Next Week!
Next Cypress Spring Set To Release Second Album