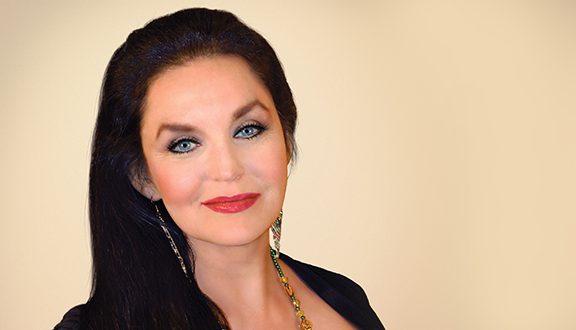 Grammy award winning country music singer and Grand Ole Opry member Crystal Gayle has to announced her first new album in nearly 16 years, You Don’t Know Me. Co-produced, recorded and mixed by Crystal’s son Christos Gatzimos, You Don’t Know Me is a collection that finds Gayle exploring the songs of such country legends as George Jones, Patsy Cline, Buck Owens and Eddy Arnold.

The album might come as a surprise to those who associate Crystal with an uptown sound that made her a star on both country and adult-contemporary pop charts. But she has known this repertoire of hardcore country standards all her life.

“This wasn’t a stretch at all,” says Crystal. “This project is a labor of love that my son, Christos, and I produced together. It is filled with country classics that I grew up singing. They are very much a part of my history and I’ve been wanting to do this for a long time. I feel very lucky to have known and worked with many of the artists who had the original hits.”

Each of the selections was chosen because it played a role in her musical development. Two of them point to the importance that her family had in bringing her to fame. 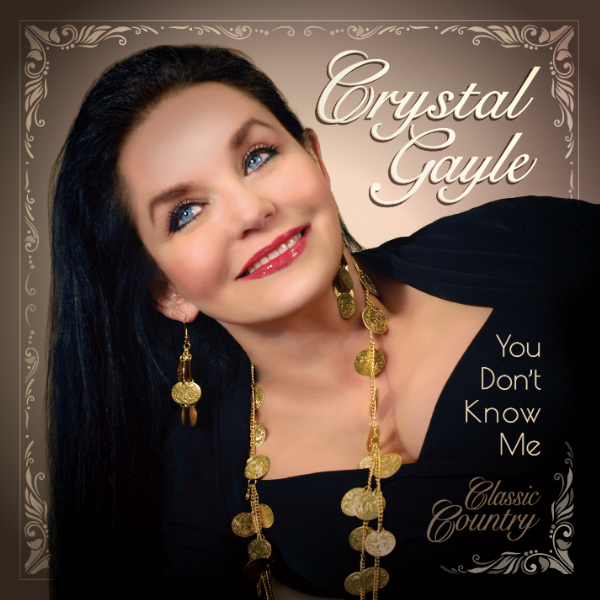 The album’s opening track is “Ribbon Of Darkness,” a song originally written by Gordon Lightfoot. Originally released in 1965 as a single by Marty Robbins, it became his eleventh #1 hit. The song holds a special place in Crystal’s heart because it was the first song she performed at her Grand Ole Opry debut.

“This was the first song I ever sang on the Grand Ole Opry. I was 16,” said Gayle. “Loretta was sick. Mooney [Lynn] did something; I don’t know what. But they let me sing in her place. In my early years in Nashville, when I was on Decca, I opened for Marty Robbins. So I’ve heard him sing this many times. Connie Smith also had a hit with it. So the night I was inducted into the Opry cast in 2017, I asked Connie if it was okay with her that I sing “Ribbon of Darkness.”

Another popular classic country hit on the album is “Crying Time,” a song originally written and recorded by Bakersfield sound pioneer Buck Owens. The song was also recorded by Ray Charles, who won two Grammy Awards in 1967 for his version.

“I do a medley of Buck Owens songs in my shows,” says Crystal. “When I was a kid, he worked Buck Lake Ranch in Indiana. I would go whenever he was playing there, and he’d let me sing on his show. When I was 16, he wanted me to become a regular on his TV show. He asked me, but it didn’t work out.”

The album’s closing track is “Put It Off Until Tomorrow” which brings Crystal together with her sisters Peggy Sue Wright, and legendary country music icon Loretta Lynn, for a highly anticipated first-ever recorded trio of them together. The song also just happens to be co-written by another country music legend, Dolly Parton.

“Loretta and Peggy made this album very special by singing “Put It Off Until Tomorrow” with me. It is a song that we have performed together throughout the years. This is the one and only trio performance on record. We’ve done the Boston Pops together. We performed together in Lake Tahoe and Reno and a few things like that. But we’ve never actually made a record together. Peggy Sue still comes out on the road with me, singing backup harmonies. I recorded the track, then Patsy, Loretta’s daughter, asked her to sing on my album. Loretta is such an incredible singer. She got through the song right away and then went, “What’s next?” We should have recorded the whole album together! Loretta had her stroke not long after we recorded this.”

Available everywhere September 6, with a pre-sale beginning August 9, the new album is being released by Southpaw Musical Productions, and distributed by BFD in partnership with The Orchard.

Music editor for Nashville.com. Jerry Holthouse is a content writer, songwriter and a graphic designer. He owns and runs Holthouse Creative, a full service creative agency. He is an avid outdoorsman and a lover of everything music. You can contact him at JerryHolthouse@Nashville.com
Previous Kyle Dillingham To Make His Opry Debut
Next Staci Griesbach Releases Jazz Tribute To Patsy Cline