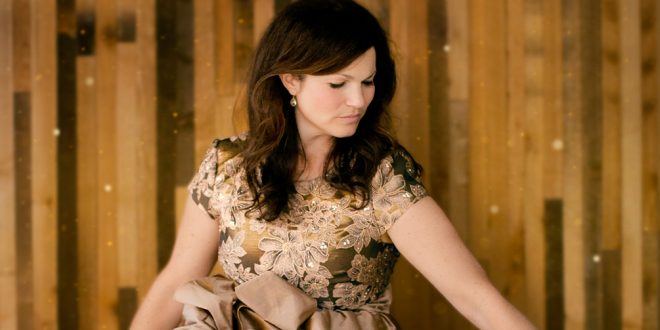 “These songs are timeless and prove that a good melody and a good lyric can cross genres, generations, and connect no matter the style of interpretation,” said Griesbach. “For my debut album, I wanted to find “standards” that were already in my bones, where I could interpret them authentically, and for that, I turned to the music I had been listening to throughout my childhood.”

Griesbach’s My Patsy Cline Songbook features an all-star line up of musicians on 15 tracks including classics “Crazy,” “I Fall To Pieces,” “She’s Got You,” “Walkin’ After Midnight,” and “Sweet Dreams.” From jazz heavyweights Tamir Hendelman, Bob Sheppard and Bruce Forman to Nashville’s own Stuart Duncan, the album features a mix of country and jazz instrumentation designed to stay true to the original intent with Cline’s recordings, while exploring jazz styling, bringing her music to a new audience.

“It is amazing to hear Staci interpreting Mom’s music for the jazz fan, as well as the traditional Patsy fan,” said Julie Fudge, Patsy Cline’s daughter. “These arrangements are new and fresh and so engaging. Even those that wouldn’t consider themselves a jazz fan will reconsider after hearing Staci sing these songs. I truly think Mom would have listened to this collection.”

Produced by Griesbach, the My Patsy Cline Songbook is designed to take fans on a journey through her catalog, written by some of Nashville’s most renowned songwriters including Hank Cochran, Harlan Howard, Bob Wills, and Willie Nelson. These prolific American songwriters contributed greatly to the Nashville Sound, arguably in the same way Irving Berlin and Cole Porter contributed to the foundation of jazz standards that exist today. Similarly, Patsy Cline has shaped and influenced nearly every female country singer today, much as Ella Fitzgerald or Billie Holiday had in the jazz landscape.

Griesbach added, “My hope with this debut album is to potentially introduce audiences of country music to jazz, and vice versa, showcasing that there is arguably more than one Great American Songbook to explore with a cross-pollination of jazz and country music.”

Music editor for Nashville.com. Jerry Holthouse is a content writer, songwriter and a graphic designer. He owns and runs Holthouse Creative, a full service creative agency. He is an avid outdoorsman and a lover of everything music. You can contact him at JerryHolthouse@Nashville.com
Previous Crystal Gayle Announces First Album In 15 Years
Next Listen: Smith & Thell Debut “Hotel Walls”