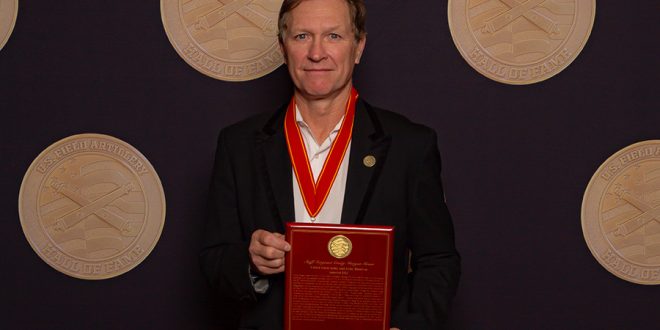 Country music entertainer and 17-year Army and Army Reserves veteran Craig Morgan was inducted into the U.S. Field Artillery Hall of Fame last night, recognizing a wide array of Field Artillery men and women who have contributed greatly to the branch. The United States Field Artillery Association [USFAA] class of 2022 included 33 past honorees of the USFAA Music Tattoo and four living Medal of Honor Awardees who served in the Field Artillery. In addition to those 37 individuals, eleven additional inductees were chosen for this new distinction. The ceremony took place at Fort Sill, Oklahoma, where Morgan was previously stationed during his military service. He shares stories from all aspects of his life, including serving at Fort Sill, in his personal memoir — God, Family, Country — releasing September 27 in partnership with Blackstone Publishing. 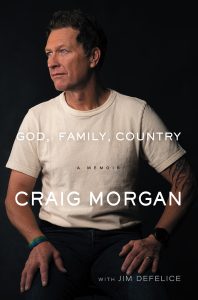 Music editor for Nashville.com. Jerry Holthouse is a content writer, songwriter and a graphic designer. He owns and runs Holthouse Creative, a full service creative agency. He is an avid outdoorsman and a lover of everything music. You can contact him at JerryHolthouse@Nashville.com
Previous WATCH: The Infamous Stringdusters’ “Toward The Fray”
Next Billy Ray Cyrus Celebrates 30th Anniversary of “Some Gave All”