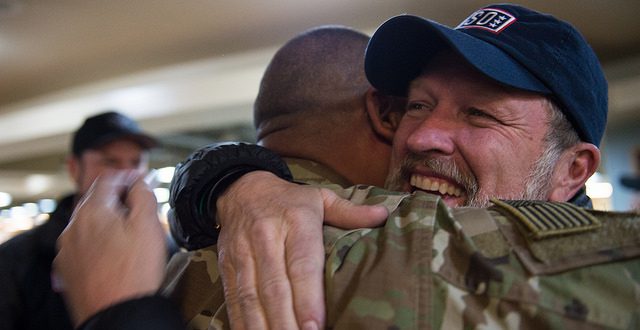 This trip marked Morgan’s third USO tour with the Vice Chairman, having last traveled with him on a weeklong, six-country USO tour in March 2017. Portions of previous trips were highlighted on PBS Film’s USO–For the Troops, which celebrated the USO’s 75-year anniversary.

Morgan first volunteered with the USO in 2002 and is a USO Merit Award recipient who has gone on to participate in ten USO tours, where he has entertained more than 37,000 service members and military families in 12 countries.  Among the countries Morgan has visited with the USO are the U.S., Guam, Japan, Afghanistan, Iraq, Kuwait, Greece, the United Kingdom, Portugal, Diego Garcia, Qatar and Italy.  Prior to making it big on the country music scene, the singer/songwriter spent more than 10.5 years of service in the U.S. Army and an additional 6.5 years in the U.S. Army Reserves.  This marks his tenth tour abroad with the USO and his fifteenth overseas tour for our troops.

Music editor for Nashville.com. Jerry Holthouse is a content writer, songwriter and a graphic designer. He owns and runs Holthouse Creative, a full service creative agency. He is an avid outdoorsman and a lover of everything music. You can contact him at JerryHolthouse@Nashville.com
Previous Famed Opry Photographer’s Exhibit Opens Today
Next Brice Long Set To Release Mother’s Day Tribute