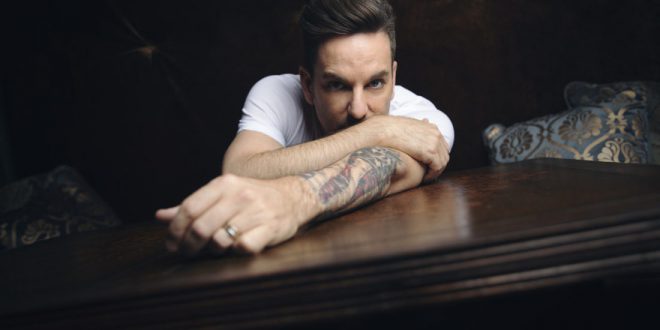 Big hearted Broken Bow Records star CRAIG CAMPBELL is proud to announce the official lineup of his 6TH ANNUAL CELEBRITY CORNHOLE CHALLENGE, with some of the biggest names in Country and beyond set for good times and a good cause.

The One Million Strong Benefit – a gala dinner, ceremony and singer-songwriter round with Campbell – at City Winery will follow on June 6, where the final tally of funds raised for Fight Colorectal Cancer (Fight CRC) will be revealed. Last year’s combined events raised more than $180,000, as fans bid for the chance to compete in the tournament against the stars themselves, and dinner attendees bid on auction items like a backyard BBQ with Campbell and a NASCAR experience with Scott Lagasse, Jr., another Fight CRC spokesman.

Campbell is a national spokesperson for Fight CRC – a nonprofit organization working to increase awareness, education, advocacy and research for colorectal cancer, the second-leading cause of cancer deaths among adults in the U.S. The hit maker lost his father to the disease when he was just 11 years old. As Fight CRC’s first national spokesman, Campbell has raised more than $300,000 by co-hosting the organization’s One Million Strong benefit and his celebrity cornhole challenge.

The Georgia native will be in headlines once again on June 8, this time for releasing his highly-anticipated SEE YOU TRY EP – seven diverse tracks featuring his flirtatious chart-riser “See You Try” and two versions of the critically acclaimed “Outskirts of Heaven.” It’s Campbell’s first new collection of tunes in five years, and arrives after a standout 2017 which included Luke Bryan’s HUNTIN’, FISHIN’ AND LOVIN’ EVERY DAY Tour.

Music editor for Nashville.com. Jerry Holthouse is a content writer, songwriter and a graphic designer. He owns and runs Holthouse Creative, a full service creative agency. He is an avid outdoorsman and a lover of everything music. You can contact him at JerryHolthouse@Nashville.com
Previous Caitlyn Smith Wraps First Headlining “Starfire” Tour At Mercy Lounge
Next Collin Raye Celebrates 25 Years With Greatest Hits Album