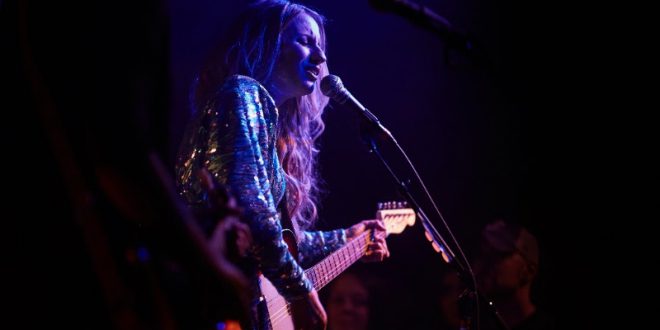 The tour was in support of Smith’s debut album Starfire, released earlier this year on Monument Records. The Cannon Falls, Minnesota-native cut her teeth in the clubs of Minnesota’s Twin Cities where she discovered her love for songwriting and performing.

That passion led her to Music City and years spent writing for other artists including James Bay, Garth Brooks, Dolly Parton, John Legend, and Meghan Trainor, before finding her own voice and expressing what she wanted to say as an artist in her own right. Rolling Stone (print) opined, “Her voice is as big and versatile as any of the Nashville stars she’s worked with.”

Because they come from such an honest place, Smith’s songs thrive whether accompanied by a full band or heard as an intimate, solo performance. Hailed as one of the ‘top female vocalists’ on Billboard’s SXSW 2017 Music Discovery, her performance style has landed her on stages at Lollapalooza, Americana, Austin City Limits Music Festival, the iconic Apollo Theatre and now her first headlining tour.

Smith will join Grammy® Award winning superstars Tim McGraw and Faith Hill for the summer leg of their Soul2Soul World Tour. She will serve as opening act from the tour kick-off date – May 31 in Richmond, Virginia until June 23 in Duluth, Georgia.

Smith has also been tapped by Sheryl Crow to open on select tour dates this summer beginning July 15.

To find out if Smith will be playing in a city near you, visit CaitlynSmith.com.

Music editor for Nashville.com. Jerry Holthouse is a content writer, songwriter and a graphic designer. He owns and runs Holthouse Creative, a full service creative agency. He is an avid outdoorsman and a lover of everything music. You can contact him at JerryHolthouse@Nashville.com
Previous Lamar Alexander Visit’s Ray Stevens’ “CabaRay”
Next Craig Campbell Announces Lineup For Celebrity Cornhole Contest