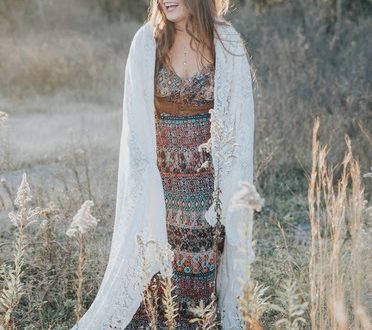 Nashville-based country/Americana singer-songwriter Michelle LeBlanc is set to release her debut EP, A Man Like You, on March 2, 2018.  Produced by Nick Buda and recorded at The Loft Studio in East Nashville, the record is a true reflection of LeBlanc’s own fiery heart and gypsy soul, where she wrestles with love and vulnerability and her decision to leave it behind.  “If there’s one thing I know by this point, it’s that if something’s meant to be in your life, it won’t let you give up on it,” she says. “Music and the songwriting and Nashville—they continue to teach me this.”
Born in Columbia, South Carolina to a local singer/songwriter, she discovered acting as a teen, which took her eventually to New York City to pursue that dream, yet she also taught herself how to play the guitar and write songs.  “I really loved digging into the characters and their stories and all of the collaboration that came with acting,” LeBlanc says.  “It was safer to tell other people’s stories.  Writing songs was always about my own personal stories and that was scarier.”
While in the process of leaving a tumultuous relationship and after leaving a job in NYC that she called “insane and toxic,” LeBlanc found herself unsure of where to go next.  She booked a tarot card reading in the hope of finding some answers.  “The tarot card reader basically told me that I was going to move to Nashville—that was where I was meant to be—and that people needed to hear my music,” LeBlanc says. “She also said I can’t hide anymore, and that I was also going to meet a man connected to that city.”  At that point, Nashville had not been on her radar, but something about it felt very right.  She made her first trip there a couple months later and eventually made the permanent move to Nashville to pursue her music.
A Man Like You is a collection of songs about the time in her life when she took a leap of faith to move to a new city while having left behind someone she felt deeply for but could never talk about those feelings out loud.  “This is sort of a confessional album where I’m exploring all of my unresolved feelings for someone and sifting through how to move forward having made my own decisions,” she says.
LeBlanc plans to release two singles from the EP (“Loving A Hurricane” and “BTW”) in advance of the release date.  Fans interested in pre-ordering the EP may do so through a Kickstarter campaign that will launch in January.  Details about the Kickstarter launch and pre-order campaign, as well as the single release dates, will be posted on her social media and website:  michelleleblancmusic.com.  LeBlanc plans to tour in support of A Man Like You; tour dates will be announced soon.  A Nashville EP release show is also in the planning stages and will be announced in early 2018.
michelleleblancmusic.com