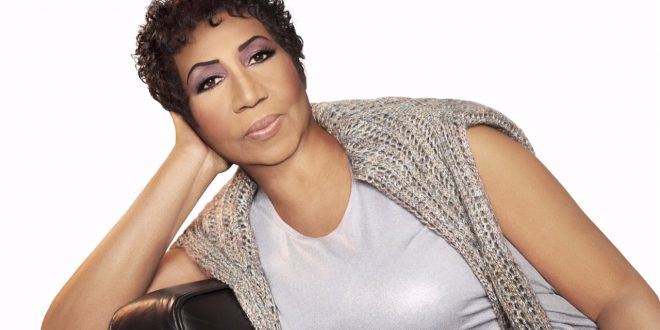 The Queen of Soul, Aretha Franklin, died on Thursday at her home in Detroit. She was 76. She began her career as a child singing gospel at a Baptist Church in Detroit, where her father, C. L. Franklin, was minister. From those humble beginnings she went on to become a legendary voice, recording 112 charted singles on Billboard earning “Respect” world wide. Here’s what a few of her country music fans had to say about her:

“The music industry lost a lot of it’s soul with the passing of the great Aretha Franklin. With all of her success, stardom and notoriety, she kept her feet close to the ground and gave her heart to the world. ” – Brenda Lee

“I am just heartbroken. This cannot be happening. Oh how I love her. Meeting her was such a highlight. She is THE shero who changed my life. Her voice. Listening to her brings me closer to Heaven and I will love her forever. We have lost an American treasure. It’s the end of an era.”
– Wynonna Judd

“I never had the chance to meet her, but I love her. I mean, doesn’t everyone? She is the grand dame of soul! She could sing anything and make you believe it! I regret not having met a few of my heroes and icons in the music business, and she is definitely one of them. My thoughts and prayers are with Aretha’s family. All my love and great admiration to her!” – Tanya Tucker

“I never had the pleasure of meeting Aretha Franklin, but I was extremely honored when she recorded a song I co-wrote back in the seventies. The song was called, “I May Never Get To Heaven,” and was later a No. 1 country hit for Conway Twitty. Aretha put her own unique, personal stamp on it, and as great artists often do, made the song her very own. I admired her tremendously, and never tired of telling people that she recorded a song that I had a hand in writing. Rest in peace, Ms. Aretha, and thank you for the sunshine you brought into this country boy’s life.”
– Bill Anderson

“Rest in peace Aretha Franklin. An amazing talent with one of the most moving voices of all time. Your music will live on forever.” – Billy Ray Cyrus

“I am deeply saddened to hear of the passing of such a musical icon. Aretha was simply the greatest singer of her generation. My thoughts and prayers are with her family at this time.”
– David Bellamy

Music editor for Nashville.com. Jerry Holthouse is a content writer, songwriter and a graphic designer. He owns and runs Holthouse Creative, a full service creative agency. He is an avid outdoorsman and a lover of everything music. You can contact him at JerryHolthouse@Nashville.com
Previous Dylan Scott Lands In The Top 10 With “Hooked”
Next Brett Dennen At The Ascend Amphitheater Tomorrow 8/19