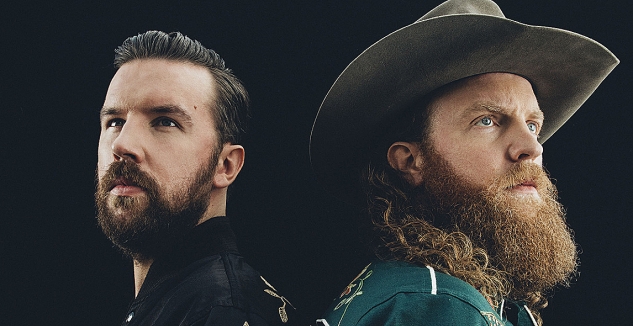 Coming Out was “Weird” But A “Relief” For TJ Osborne

Brothers Osborne opening up about TJ’s recent announcement, TJ explaining the difficulties of coming out publicly saying it was “weird” but a “relief.”

Storme Warren also asking John Osborne what it felt like when his brother made his public announcement.

TJ Osborne: It was so awkward to come out to people. It’s like a really strange thing to bring up. It’s like, even though it’s a positive thing, it almost feels like when you want to like break up with someone and you don’t know how to say it. It feels like that. It’s just weird. It’s like, this is a very, probably, especially for guys like me, it’s like, this is probably going to be a shock. And I don’t really like to surprise people like that, you know? Like, and so most people that, that my friends and stuff that, that would come to learn this about me really kind of just did it through putting, connecting the dots and I, and I wanted that to happen intentionally. Cause it’s just a weird thing to say. You know, that was a huge reason why I stayed publicly closeted for a long time. I just didn’t really know the right way to do it. It seemed very uncomfortable. And so oddly enough doing it all in like one big, one big move, one big wave of just, ‘Hey everyone, this is what it’s like.’ It was actually a huge relief to me in so many ways. Not only could I, I felt like I could now can be completely myself, but also just was, it was just nice to get that out of the way entirely for those people who maybe are a little naive and didn’t connect the dots that are close to me. I’m like, all right. So all of you guys can know this now. And I was definitely, once it was out there, it was like, okay, this is good. We’re moving on. But also, I was surprised at how many people were very supportive. I mean, people that were just like, you know, I remember this, this straight dude, man. He’s like, ‘Hey man, me and my girlfriend come to all your shows. Like we’re still going to come, just so you know.’ And I’m like, ‘that’s awesome. Thanks for saying that.’ And to hear the support and there has been, you know, inevitably there are some people that say some, some really hateful things, but, you know, for me, I’m ready to, I’m ready to march forward being in TJ Osborne.

Storme Warren: And it’s incredible. Yeah. The, the TJ Osborne, you’ve always known now the rest of us know more about which I think you put into your public statement when you put out there. And I thought that was just a brilliantly worded statement.

TJ Osborne: Thank you. I think, and that’s the thing for most people. I think when they hear that, they think like, ‘what are you, is this you?’ This is me. I don’t know how to be anything else, unfortunately.

John Osborne: And also it does come down to like, what defines you? You know, we all have characteristics of ourselves and certain qualities, but not one thing defines any of that. It’s a multitude of things. It’s an amalgam, you know, and I, look I’ve been very open about my own mental health and struggles like that, that it doesn’t define me. And the second that you think that’s one thing defines you is where it all goes wrong. And it’s like, like you said, he said in his statement, it was like, well, you know everything about, you used to know everything almost everything about me. I mean, now you know everything about me and you put that in with everything else. You’re like, Oh yeah, it’s just, you know, it’s just one part of who you are.

TJ Osborne: You know, one thing I’ve really have found through this. I think it’s the same thing now we’re seeing now like a lot of, of black artists that are coming into country music and not necessarily, they’re, they’re different in so many ways, but definitely marginalized groups is that there are a lot of country music fans out there that I didn’t even realize at the time, that had so many people reach out to me being like, ‘Hey, me and my husband of 20 years, we love country music. We’ve come to so many country music shows and we always feel a little uncomfortable.’ And, and just people just now being able to feel like they, they are part of this genre that they really love. All the way from that to people who are trying to think about coming out. And one of the things for me, what took me, why first really denied my sexuality was that I didn’t feel like, I didn’t have any problem with gay people. I didn’t care. It was just, I didn’t, it just felt like it was, I felt like, I don’t know. I was like, this is, I’m not like what the cliché, molds that, that society puts on what gay people are, and that didn’t match for me. So I felt like I had to deny that, and it’s not true, but going forward now, and you see, especially with, you know, Jimmie Allen and Mickey Guyton and Kane Brown, that there’s a lot of black people out there that love country music or people of color that want that want to come. And they just never had that representation before. So I think for me, I’m really excited to at least bring that little bit of the buy in to the country music genre, because I mean, when I, when you see that, it really just, I think it makes just country just way more broad and it’s really a place that is for, for, it should be for everyone.

John From Brothers Osborne Talks About Supporting His Brother TJ

Music editor for Nashville.com. Jerry Holthouse is a content writer, songwriter and a graphic designer. He owns and runs Holthouse Creative, a full service creative agency. He is an avid outdoorsman and a lover of everything music. You can contact him at JerryHolthouse@Nashville.com
Previous Rising Star Corben Champoux Covers A Classic
Next WATCH: Dustin Lynch – “Thinking ‘Bout You”