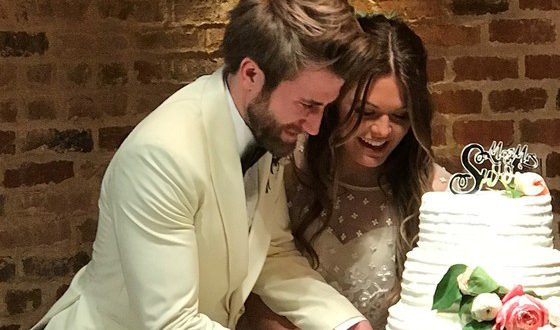 Colton Swon (of the Swon Brothers) and Caroline Glaser were married Saturday March 17th at 5:30pm surrounded friends and family.   The couple exchanges vows at the Station Inn in Nashville. Zach Swon served as Best Man and gave a toast during dinner.  In addition to being St. Patrick’s Day, it was also the bride’s birthday. Colton and Caroline first met as contestants on Season 4 of NBC’s “The Voice” and have been together ever since.  Caroline is a solo Indie Rock artist and writer who is about to release new music. The Swon Brothers have a self-penned new single out right now, called “What Ever Happened,” which was released on February 23rd.

Music editor for Nashville.com. Jerry Holthouse is a content writer, songwriter and a graphic designer. He owns and runs Holthouse Creative, a full service creative agency. He is an avid outdoorsman and a lover of everything music. You can contact him at JerryHolthouse@Nashville.com
Previous The 25th Annual ’Alive at the Bluebird’ Wraps
Next Kiefer Sutherland Announces North American and European Tour